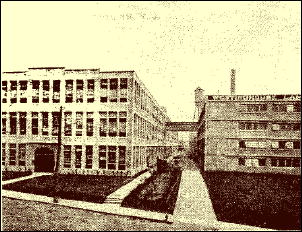 Bloomfield is abuzz these days on the question of whether a new Walmart might be planned for the site of the former Westinghouse lamp division in the Watsessing neighborhood. And nobody’s more abuzz about it than the Watsessing Heights Neighborhood Association, which is in the process of making up a questionnaire for wide distribution in town, asking residents if they’d want such a thing.
“We’re in the process of fact finding,” says Anne Prince, president of the association. But it’s pretty clear already how the wind is blowing. The question being asked on Bloomfield Ave. is: how would a big box store help efforts to revive Bloomfield’s downtown?
Over at NJ.com’s Bloomfield Forum, they’re having great sport with the issue. When the Barista posed the question there, she got these responses.

If Walmart does hair and nails, goodbye Bloomfield economy.

Or cell phones. Anyone notice all the nail salons are being overrun by cell phone stores in the little center?

And if they sell pizza? We’re all doomed!

And then there’s the possibility we could be seeing double. From a commentator known only as HRHPPG:

Walmart’s business strategy is to open two stores in an area and overwhelm the competition – forcing other business in town to close – unemploying the people who worked there. After a year or two Walmart then closes one of the two stores – firing that stores employees. This is how they’ve been doing business for years which is why some communities are making laws to keep large stores out of their towns.
If you notice the rumors about coming here Walmart are that two stores are going up

.
Anybody interested in helping the Watsessing Heights Neighborhood Association in their fact-finding mission should call 973.680.WHNA.