In case you missed it, Ringo Starr turned 64 this week, bringing to mind the famous Beatles song. Years ago, Kevin Lee Allen of Montclair Unmoderated had seen an artist’s rendition of what the Beatles would look like at that age, clipped it and filed it away. Ringo’s birthday inspired him to dig it out, and he sent it to us. 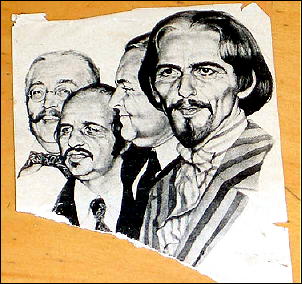