Unlike political signage, nobody is stealing all the “For Sale” signs planted on lawns in Baristaville, or for that matter, the houses themselves. Some very beautiful houses have been lingering, and in some cases languishing, on the market. Others are getting the realtor’s version of a nip and tuck, in the way of well-calculated price reductions. Could the days of getting (or bidding) $100,000 over asking actually be over?

It’s still early to tell, and of course, some realtors might blame the market lull on the season — families are already back to school, so moving to a new town might be less appealing than in late spring or summer. But others, like Roberta Baldwin, an award-winning agent and broker specializing in Montclair, Glen Ridge and West Orange, notice a distinct climate change, especially compared to this time time last year. We caught up with her after she was called in to give her opinion on, coincidentally, another area price reduction.


“Things have slowed up. Real estate agents I’ve talked to all over Essex County this month agree that buyers aren’t coming out in the droves, the way they did last spring and all summer. People aren’t making house-hunting a priority, they don’t have that demonic edge about buying a home.”
Instead of just days on the market, some houses are spending weeks (and horrors — sometimes months!) for sale. According to Baldwin, it’s the same story in Maplewood. “It’s a great time for the buyers who couldn’t stomach bidding wars earlier in the year.

Have all the buyers gave up and gone a renting? According to Bob Brunner at First Mountain Realty, a number of once-prospective buyers intentionally switched teams. “The buyers I encounter are sick of ‘XYZ’ realtor pricing homes intentionally $100,000 under market value. Instead of joining the house auction and having someone use their bid as leverage to get an even higher price, they are moving into rentals and sitting things out until sellers are more desperate.”
Due to the rush on rentals, Brunner, who specializes in multi-family dwellings, only has 10 rental properties as opposed to the usual 20 in his inventory. “August and September were my biggest rental months in 15 years.” says Brunner, adding that in the case of potential buyers who’ve decided to rent, it’s not about income or credit. “They’re just not willing to pay inflated prices. Overall, I think we’re going to see a decrease in what homes actually sell for; it’s not a crash, but a leveling of what has been an artificial market.”
Baldwin, who has seen enough price reductions of late, has a different opinion. “Underpricing a home can be a hugely effective tool. In the past, when a home is priced to sell, it usually gets multiple offers, even during an economic downturn. The trouble often lies with sellers who remember friends selling their homes and receiving multiple offers well over asking. Now it’s become expected; in fact, I’ve had sellers actually turn down offers over asking price because they weren’t high enough.”

For savvy home shoppers, Baldwin says it couldn’t be a better time to pick up some good real estate buys without a lot of competition. “The best example is when a house doesnâ€™t sell in the first week or two. If a buyer comes in and is diginified about it, he or she can get a greal deal. For instance, it’s not about offering a seller $550,000 for a house listed at $600,000, but if you can offer slightly over asking that might be all it takes. That scenario is a lot better than spending $50,000 or $70,000 over asking simply because you were caught in a bidding war.”
Click here to sign up for Baristanet's free daily emails and news alerts. 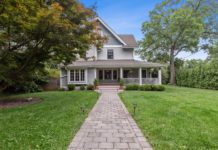 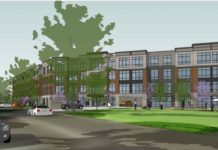 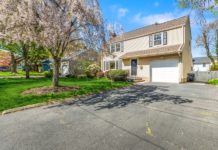