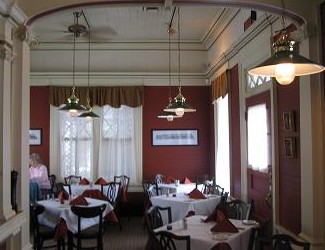 Talk about your transformations. Round Trip Fare, the newest restaurant to inhabit the space at the Upper Montclair train station (formerly occupied by Daily Soup, and before that Lotsa Pasta) has rolled into the station with personality to spare. The once-pea soup green walls and clanky metal chairs have been banished to create a space reminiscent of an elegant dining car. Looking beyond the decor, for proprietors Kim Sisco and Heather Maione, there’s also got to be some deja vu. The two met years back while working at Lotsa Pasta; later they entertained the idea of opening their own restaurant. Up until a few months ago they were thisclose to signing a lease in Kinnelon, until they heard word that Daily Soup would be vacating the space. "When we realized we could be in Montclair, and in this space, it was like we came full circle, right back where we started. That’s where we got the name Round Trip Fare," says Maione. Another coup was landing Chef Arturo Barrales, formerly of Cafe Panache in Ramsey and Blend in Ridgewood. Long before he was a head chef, Barrales worked pantry at a restaurant Sisco’s family owned. Besides renewed connections, Chef Barrales, Sisco and Maione have something else in common — all are parents to sets of fraternal twins. The fate that brought them together seems to translate into good karma for the fare itself. Touted as new and classic American food, the varied menu has something for everyone. "We wanted the atmosphere of a tablecloth restaurant, but a place where you can have a great burger or pizza, even if other people at your table wanted a more traditional meal," says Maione. We stopped in for lunch and were wowed by a cayenne-infused lobster soup with shrimp. Then we tried an artfully prepared sirloin steak wrap (pictured) with melted mozzarella, poblano chiles, tomato and avocado, served with perfectly seasoned french fries and a tangy jicama and carrot slaw. A chicken quesadilla was another big hit; teamed with salsa, sour cream and chunky guacamole, it transcended the typical by pairing the traditional chicken and cheese filling with sauteed spinach and mushrooms. 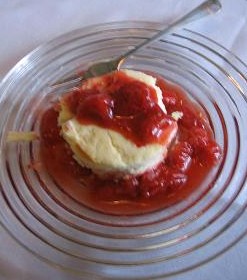 Round Trip Fare is open for dinner, too, and through early reviews we’ve learned that an asian-marinated grilled skirt steak with mashed sweet potato, as well as a horseradish crusted salmon fillet, are gaining a devoted fan club. Another score is a children’s menu with the requisite pizza, grilled cheese, pasta and chicken tenders. In addition to free delivery, commuters can drop off dinner takeout orders in the morning, so food is packed and waiting when they step off their scheduled train. Until their liquor license transfer is complete, customers are being treated to complimentary glasses of wine, or after-dinner liqueurs with coffee. Desserts, like Paul’s Famous Cheesecake (Paul being Heather’s husband) are worth saving room for. Round Trip Fare (973.783.8747) is open five days a week for lunch and seven days a week for dinner. 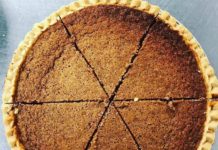 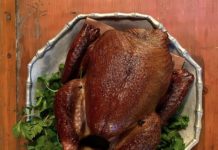 Thanksgiving Dinner at Home (Without The Work!) 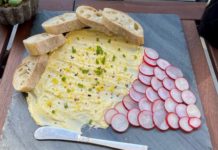 Build A Better Butter Board (Say That Three Times Fast!)