I recently moved, as I wrote about on Barista Kids. The ordeal went as well as such an ordeal can go. Uprooting oneself is much like getting a root canal. You need to do it; you’re thankful you can afford it; and after the procedure is over, it hurts badly then gets much better.
If only laughing gas came with moving. You especially need it when they give you the final bill. A bill that rarely matches the estimate (see what mine was on the next page).
In case you’re researching moving companies, here are the estimates I got from the following companies that friends had recommended. My move was from a 5-bedroom house to a larger house less than a mile away in Montclair. Estimates included my antique grand piano.
1. Pony Express from Little Falls
estimated 7 hours, $1612
2. Casella & Sons from Verona
estimated 8 1/2 hours, $1700
3. Reilly movers from Montclair
estimated 14 hours, $1900
4. Chatham movers from Chatham (came highly recommended)
estimated 12 hours, $4200 (yikes!)
See who I chose and what the final bill was at the jump…

I chose Casella & Sons because I really liked the owner who came over to my house. I liked Greg from Pony Express, too, but he wasn’t available for my move-in date. I also chose Casella because they were cheaper. I’ve heard great things about White Glove moving as well, but I heard too late. My movers had already been hired.
I decided not to let a regular company play with our antique piano. Instead, I hired a specialist, Camel Piano Moving Company, and they charged me $275. The instrument is in perfect shape, before and after its relocation.
Casella showed up on moving day with the owner’s son as the crew manager, and the crew was excellent. Everyone was polite and careful. The only snafu was a longer than expected trip to Dunkin Donuts, but that was minor. This report is according to my husband. I wasn’t there because he shipped me and the twins off to my mother’s. He said having us around would’ve given him a nervous breakdown. He is a wise man. In the aftermath, I think he’s ready to ship us off again.
The end bill from Casella was $2100, well over the estimate. We fully expected an overblown bill, so we didn’t curse too much. That amount doesn’t include the $200-plus in tips we gave to the men. You’re supposed to give about $20 per man per day, and we did. But we were happy. No walls were scratched, and all the furniture arrived as furniture instead of kindling.
That’s a lot better than I could have done by myself. In college, I was a one-woman moving company along with my Dodge Ram D-50. But those days are gone–and thankfully so. 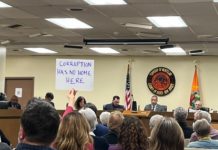 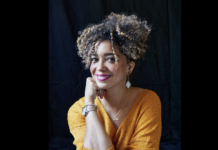