The Essex County Prosecutor’s Office today announced that Shaakerah Kelly, 35, of Bloomfield, has been charged with stealing $320,000 of donations to Cerebral Palsy of North Jersey while she worked for the charity.
Full press release in the jump.

Essex County Prosecutor Paula T. Dow today announced that a former employee of a North Jersey nonprofit organization that provides services to people with cerebral palsy has been charged with stealing more than $300,000 in donation checks during a three-year period.
Shaakerah Kelly, 35, of Bloomfield, appeared today in court before Essex County Superior Court Judge Michael Ravin for her arraignment in connection the alleged theft of $320,000 in donation checks to Cerebral Palsy of North Jersey that were deposited into her own bank account. She has been charged with 2nd degree theft by deception, 3rd degree forgery, 3rd degree fraudulent use of credit cards, and 2nd degree financial facilitation of criminal activity. If convicted of the charges, she could face up to 10 years in prison.
According to Essex County Assistant Prosecutor Grace Lee, the defendant worked in the organization’s accounts payable unit and allegedly deposited the donations checks into her account from June 2005 and January 2008. It is also alleged, she ran up $3,700 bill on a corporate card for personal luxury items. The organization was located in Maplewood, but has since moved to Livingston. Kelly was terminated by her employer in January 2008 for different circumstances. An internal audit discovered the alleged theft in June 2008. Kelly was arrested at her home by detectives from the Maplewood Police Department last March. The case was brought to the attention of the Essex County Prosecutor’s Economic Crimes Unit in September 2009 by the Maplewood Police Department and a joint investigation was launched.
Prosecutor Dow commended Detectives Kevin Kisch and Daniel Lenzo of the Maplewood Police Department and Detective John Campo of the Essex County Prosecutor’s Economic Crimes Unit for the investigation.
These criminal charges are mere accusations. The defendant is presumed innocent until proven guilty in a court of law. 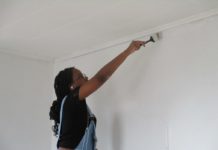 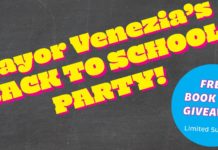