May is Asthma and Allergy Awareness Month. A recent study states that the percentage of children with peanut allergies has more than tripled in just over a decade. Another recent study says that many children diagnosed with a food allergy, actually have an intolerance and not an allergy.
It seems that the two common tests to diagnose food allergies are not very accurate. The blood test measures the level of antibodies a person has in their body, called immunogloblin E. But research has found that having IgE antibodies doesn’t mean that a person will actually have an allergic symptom when they encounter it. Research has also found that even though a person may get a big red wheal after taking a skin prick test, it doesn’t necessarily mean they will actually have an allergic symptom when they encounter it.
So how do you know that your child actually has a food allergy? It turns out, the only way to know for certain, is to have your child take a food challenge test at the doctor’s office or hospital. Because unless your child actually eats the suspected food, it’s not possible to know how she will respond.

If you have a child with a food allergy, this is interesting, scary and confusing news. My oldest daughter has, what we think, a severe peanut allergy. How do we know? She broke out in hives when she was 2-years-old after my father kissed her. He had eaten a peanut butter cup minutes before. We called our pediatrician, who advised us to get a blood test. The blood test revealed very high IgE levels for peanuts. We were told she had a severe allergy and given an Epi-pen Jr. in case she ever went into anaphylaxis shock. We started going to a pediatric allergist, who gave her a skin prick test last year, which again showed a high allergic reaction to peanuts. He again said, she was highly allergic.
My daughter has never eaten peanuts.
According to the recent studies, we can’t say with 100% certainty that she is allergic to them unless she takes a food challenge. (Note: A food challenge should ONLY be given under a doctor’s supervision in his/her office or at a hospital. They should never be done at home.)
The idea of actually feeding my daughter peanuts is terrifying to me–doctor by her side or not. As a parent, do I want to risk having my daughter have an anaphylaxis reaction just to find out if she really is allergic? No. I feel that her reactions and both tests tell me pretty much what I need to know–she can’t eat peanuts. But maybe as she gets older, it will be something that she wants to do and I welcome any research that sheds some light on the subject.
But what if your child has a mild reaction to a food and tests that don’t show strong possibilities of being allergic? Perhaps your child only has an intolerance to the food and not a true allergy. The difference is important. Living with a food allergy is difficult and I woudn’t wish it on any child. If there are better studies and research being done to help properly diagnose a true allergy, than many children wouldn’t have to go through life not being able to enjoy a cupcake, be scared that a food may hurt them, or carry an Epi-pen with them.
Talk to your pediatrician and see a pediatric allergist if you suspect your child has an allergy or have been told they do to discuss the recent findings. 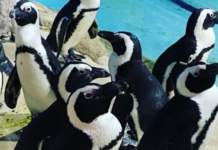 Take A Trip to A (Virtual) Zoo or Aquarium 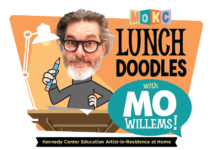