It’s one thing when budget cuts threaten fireworks. Another thing when they threaten firefighting. But staffing shortages and a cap on overtime hours have already led to one of Bloomfield’s firehouses being closed for almost three days recently.
Fire House 2, located at 90 Watsessing Ave., was closed for 24 hours on Thursday, June 17, and for half days the following Saturday and Monday, Bloomfield Fire Chief Joseph McCarthy told Baristanet.
“Right now we are severely understaffed, as a result we had a significant spike in our overtime,” McCarthy said.

As a result of a discussion with town administrators, McCarthy decided to only use two firefighters on overtime.
Station 2 was closed because it did not have the minimum of 16 firefighters per shift. If a fire had occurred during the closing, there would have been at least a two-minute delay in response time, McCarthy said. “The farthest distance would be down on First Avenue and 15th Street. That’s a couple of extra miles and a significant amount of time.”
“With vacations, sick leave, and retirements, we need more than two people to keep all the stations open,” McCarthy said. “Unfortunately, that week, Station 2 was the station.”
Bloomfield Fire Department is approved to have 89 firefighters on staff, but only has 80 right now due to retirements. A new firefighter hasn’t been hired since 2008, McCarthy explained. “The town has had a hiring freeze in all the town departments. Everyone is in the same boat with being short staffed.”
There are also two additional firefighters retiring in August. “So as bad as it seems right now, it’s only going to get worse,” the fire chief predicted. “If there’s no hiring, which there won’t be, more closures are expected.”
Photo of a three-alarm fire in Bloomfield in March 2007 by Ron Johnson – www.photozonfire.com 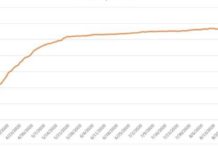