Baristanet brings you coffee with Bloomfield chef Francesco Palmieri, of The Orange Squirrel.
When did the whole cooking thing start?


I started learning how to cook through my mom. It might sound clich√© — a lot of people say that. My dad would work and my mom would take care of the house and cook. At an early age, I actually would cook pancakes and always help out in the kitchen. But you don’t realize it, I guess, until later and it sparked that, “hey, this is something that I really, truly love to do.” So I decided to do it professionally.
Before I took the leap to go to culinary school, I did some research. I would actually work in a restaurant and see if that’s what I really wanted to do. The reality is if you don’t like doing it, you’ll know within the first day. 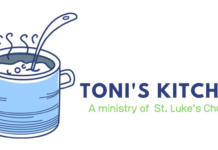