In an effort to get New Jersey out of debt, Gov. Christie has proposed a constitutional amendment that would cap the local increase in property taxes at 2.5 percent per year. Cory Booker is a supporter. Critics bring up California’s famous Proposition 13, which capped property taxes in the state, but led to a drastic drop in the quality of its public schools. What do you think? 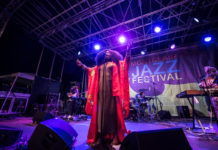