UPDATE: We have a winner (answer was Charles Ross) – thanks for playing.
Up on your Wiseguy Trivia? If you’ve been dying (OK, maybe not the best choice of words) to delve into the history of such New York City mobster hot spots as The Ravenite Club, Sparks Steak House, the Waldorf-Astoria and Park Central Hotels, where New York’s most infamous citizens got made, whacked, etc., then this contest is for you.
Be the first to answer the mobster-related question below and you’ll win two tickets for this weekend’s NYC Mob Tour, Greatest Hits Bus Ride.

Package includes a free canoli and capppuccino for you and a guest at Cha Cha’s In Bocca al Lupo Caffe.
Dress is casual; cement shoes optional.
Q: What was the assumed name under which Lucky Luciano registered at the Waldorf?
Send your answer to tips@baristanet.com with Mob Contest in the subject. May the wisest guy (or gal) win, and no whacking the competition. 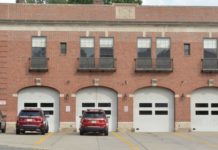