Police responded to a multi-family residence on Lexington Avenue on a report of a burglary. The victim was a twenty-three year old Montclair resident, who said she was in bed and woke up to find a male standing over her. The victim asked the male, “Who the f*** are you?” The male stated, “Oh, sh**,” and ran out of the bedroom. The victim chased the suspect out of the residence, and last saw him running north on Maple Avenue.
The suspect, who may have gained entry through an unsecured rear door, is described as a black male with a dark complexion and a crew cut, in his late twenties or early thirties. He was last seen wearing an athletic T-shirt with blue jean Capri pants and tan Timberland construction boots. Anyone with information is asked to contact Detective Charles Cunningham at 973-509-4716.
More from Lt. Scott Buehler, MPD, including a burglary attempt on Gordonhurst and more stolen flower pots…

Theft from a Motor Vehicle
On 7/23/10 at approximately 1:55 PM, police received a report of a theft from a motor vehicle from a Montclair resident. The complainant stated that he parked his Honda Civic in a driveway on Upper Mountain Avenue on 7/20/10 at approximately 7:00 PM. When he returned to his vehicle on 7/21/10 at approximately 8:00 AM, he discovered that his Garmin Street Pilot 340 C, valued at $150, had been stolen from the vehicle. The vehicle had been left unlocked prior to the theft. There are no suspects at this time.


Vandalism to a Motor Vehicle
On 7/24/10 at approximately 11:45 AM, police were dispatched to the St. Paul’s Baptist Church on Elm Street on a report of vandalism to a motor vehicle. The complainant stated that sometime between 10:00 AM and 11:30 AM on the 24th, someone had thrown an unknown, sandy substance on his Hyundai, which was parked in the church’s rear lot. There are no suspects at this time.
Theft
On 7/24/10 at approximately 7:30 PM, police responded to a South Mountain Avenue apartment on a report of a theft. The complainant reported that two terracotta flower pots were stolen from the front of her apartment sometime between 3:30 PM and 7:30 PM on the 24th. The total value of the flower pots is estimated at $40. There are no suspects at this time.
Burglary Attempt
On 7/24/10 at approximately 9:35 PM, police were dispatched to a single family residence on Gordonhurst Avenue on a report of a possible burglary attempt. The complainant stated that someone had rattled the residence’s rear door handle in what may have been an attempt to enter the house. The complainant stated that the suspect may have fled after the victim’s dog began barking. Police searched the area but did not locate a suspect. There are no suspects at this time.
Baristanet Local Offers 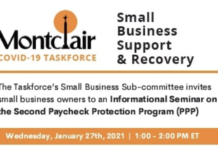 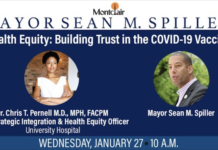