An enthusiastic audience defied persistent rain and turned out to see The Characters wrap up Millburn’s 2010 summer concert series at the Taylor Park Community Center on Sunday.
The Characters promised to play “come rain or shine” after last week’s concert was washed out. Yesterday’s event was moved indoors.
A crowd of all ages danced to a selection of rock classics by The Beatles, Bon Jovi, The Monkees and Elvis. They included nine month old Gianna Ramano who unsteadily gripped her mom’s hand and Maria Feula of Union, who declined to give her age, but bopped through nearly every song.


Story and photo by Gudrun Lake, a Baristanet contributor.
Click here to sign up for Baristanet's free daily emails and news alerts. 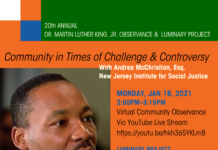 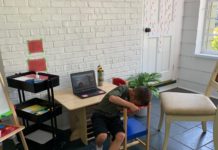