More than 50 children from Maplewood and South Orange have participated in a week-long theater camp that was essentially a gift from an enthusiastic and talented Rutgers student (and her band of friends).
Shona Roebuck, a theater student at Rutgers, was watching the devastating destruction in Haiti and rather than just give money, she says, “I started trying to think of a way I could use my talents to help this cause.” She came up with the idea of putting on Willy Wonka with local kid talent. When she held the auditions in June, she expected a couple dozen campers, but more than 50 kids showed up–she didn’t turn anyone away. Campers were asked to learn their parts over the summer, before camp began on Monday, and for the most part, everyone did. “What surprised me about the experience so far is how hard these kids are all working and have worked before the camp. They all came in knowing their lines and music and I can tell have worked tirelessly at home to perfect them,” says Roebuck. During the camp, the kids have alternated between rehearsing, making costumes, learning how to do makeup, and rehearsing some more.
The proceeds of the show, which come from a $50 fee for all campers and $10 tickets to see the show, will go to UMCOR, the relief arm of the United Methodist Church. 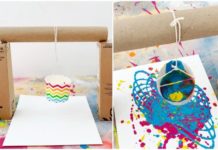 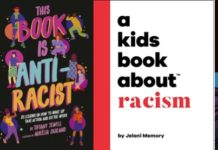 Starter Kit of Resources for Anti-Racist Awareness and Accountability