Officer Christopher Grogan was dispatched to Bay Avenue in Glen Ridge to investigate a report of a dog attacking another dog. While investigating the incident, the dog, a Pit Bull, attacked Officer Grogan, biting him several times.

The officer managed to wrestle the dog to the ground and call for assistance. Officer Charles Roberts and Sgt. Robert Zeuner responded and helped restrain the dog until animal control could respond.

Officer Grogan was transported to Mountainside Hospital for his injuries were he was treated and released. The incident is under investigation and charges are pending against the dog’s owner. 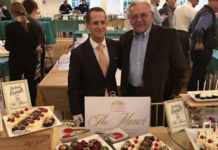