Montclair Police sent word today of a “disturbance” that began outside of the V Lounge on South Park Street last night shortly before 2 a.m. and continued with two cars speeding all through the south end of town. Two of the disputants were sent to the hospital. The incident led to charges ranging from careless driving to aggravated assault and unlawful weapon possession. The report follows.

On 11/18/10 at approximately 2:00 AM, police responded to the area of Harrison Avenue and Southern Terrace on a report of a disturbance with two vehicles involved. Upon arrival, police were notified that the vehicles had left the area and were headed towards Stonebridge Road. Shortly thereafter, police located the vehicles traveling north on South Mountain Avenue at a high rate of speed. The vehicles then traveled west on Myrtle Avenue, south on Orange Road to Union Street and eventually stopped by police in the area of Union Street and South Fullerton Avenue.

Police approached one of the vehicles, a blue Honda operated by a female identified as Aaryn Anderson. Anderson was bleeding from the mouth and her right eye was swollen shut. Anderson pointed to the other vehicle stopped, a white Dodge, and told police, “I was beat up by them bitches.” While speaking to Anderson, police noticed the strong smell of an alcoholic beverage coming from her breath.

Police then spoke to the occupants of the Dodge. One of the passengers, later identified as Farryn Bell, told police that she had fought with Anderson outside the V Lounge on South Park Street, and that the fight had been broken up by some unidentified males who were standing outside the bar. After the fight, Bell stated that she entered the Dodge with two female friends and left the area. However, after they left, they noticed that Anderson was following them in the Honda in an attempt to get them to pull over. Once in the area of South Mountain Avenue and Union Street, it is said that Anderson sideswiped the Dodge with the Honda. The driver of the Dodge continued to drive attempting to get away from the Honda, but was again rammed. The driver of the Dodge stopped the vehicle after observing that the police were behind her.

Both Anderson and Bell were later transported to Mountainside Hospital for treatment of injuries as a result of the incident. The driver of the Dodge was issued a motor vehicle summons for careless driving. Bell, 21, of Montclair, was charged with aggravated assault, with bail set at $10,000. Anderson, 20, of Montclair, was charged with three counts of aggravated assault, unlawful possession of a weapon, possession of a weapon for an unlawful purpose, assault by auto, and underage consumption of an alcoholic beverage. She was also issued motor vehicle summonses for driving while intoxicated, underage person operating a motor vehicle after consuming alcohol, careless driving, violations on a provisional driver’s license, and failure to exhibit insurance. She was later released. 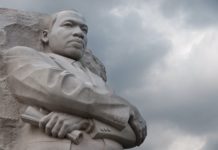