Montclair State University has named a wing of The Heights, a new campus residence hall, in honor of New Jersey native John Basilone, a World War II soldier who was awarded the Medal of Honor, the nation’s highest military decoration, as well as the Navy Cross. Basilone is the only soldier in US history to be awarded both medals. He was killed in combat at Iwo Jima on February 19, 1945. Diane Hawkins, niece of John Basilone (pictured) was in attendance.

“During this week, when we salute and honor our veterans, we are proud to name this wing of The Heights for one who made the ultimate sacrifice by giving his life in service to our country,” said Dr. Susan A. Cole, president of Montclair State University.

The $235-million project, known as The Heights, is located at the north end of the campus. Scheduled to open in September 2011, it will house 1,978 students. The new residence halls will increase the university’s current capacity of 3,000 beds by more than 50 percent.

Basilone, who was born in Raritan, New Jersey, served in the Army for three years and was discharged in 1937. He later joined the Marines and was sent to Guadalcanal in 1942. Gunnery Sergeant Basilone was instrumental in beating back a sustained Japanese attack for control of an airfield on the island. He manned a machine gun and twice ran through a hail of bullets to retrieve ammunition on the night of October 24-25, 1942 for his small, decimated unit, which was far outnumbered by 3,000 Japanese. Cited for his “personal valor and courageous initiative,” he was awarded the Medal of Honor. Feted as a hero and sent home in July 1943, Basilone promised his men he would be back. Finally granted his wish to return to duty after being turned down twice, he again displayed extraordinary courage in combat at Iwo Jima, but was felled by a Japanese mortar shell. For his actions that day, he was awarded the Navy Cross.

In keeping with tradition, new buildings at Montclair State bear the names of deceased New Jerseyans who “have blazed new trails in their fields of endeavor.” The remaining seven residence hall wings will be named at a future date. Leave your suggestions in comments. 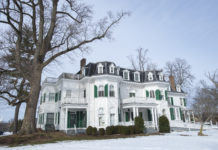 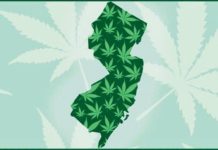