A DWI checkpoint on Bloomfield Ave. leads to two arrests — one for DWI, another for drug possession. Three homes were the target of suspicious activity and two homes, one car were vandalized.

On 12/17/10 at approximately 8:00 PM, police responded the area of Valley Road and Gordonhurst Avenue on a report of vandalism. The caller stated that he observed three juveniles damaging a fence to a single-family residence on Gordonhurst, specifically by kicking the fence. The juveniles had fled the scene prior to police arrival and the complainant was unable to give the suspects’ direction of flight.

The suspects are only described as juveniles wearing dark-colored hooded sweatshirts. Anyone with further information is asked to contact the Juvenile Aid Bureau at 973-509-4733.
Arrest
On 12/18/10 at approximately 12:10 AM, police were conducting a DWI Checkpoint on Bloomfield Avenue, police noticed a Toyota Camry on Maple Avenue backing up and entering the circular driveway of Glenfield School in what may have been an attempt to circumvent the checkpoint. Police stopped the vehicle on Maple Avenue and spoke to the driver, identified as Dennis Perry. Police noticed that Perry had the strong odor of an alcoholic beverage on his breath and was placed under arrest after he failed to adequately perform field sobriety tests.

While police were speaking to Perry, they noticed that the passenger, later identified as Sammie Gallmon inside his coat. He was asked to remove his hands from his coat and admitted to having a pocket knife in his possession. Further investigation revealed that Gallmon also had a glassine fold containing heroin and a cut straw containing a powdery residue. Gallmon, 51, of Montclair, was charged with possession of a controlled dangerous substance and possession of drug paraphernalia. He was also found to have a warrant out of Newark, with bail set at $125.

Theft from a Motor Vehicle

On 12/18/10 at approximately 4:35 PM, police responded to Unbelieva-Bill’s on Bloomfield Avenue on a report of a theft from a motor vehicle. Upon arrival, police spoke to the victim, who stated that he had entered his Nissan Sentra and discovered that some of his belongings were missing from the vehicle. Police were able to review surveillance footage that showed a male entering the vehicle at approximately 2:45 PM. The male proceeded to sit in the vehicle for approximately two minutes and is seen leaving with a backpack.

The suspect is described as a white male, approximately fifty to sixty years old, wearing a brown jacket, a white and black striped shirt, a black hat, jeans, and boots. The victim reported that a black Jansport backpack, valued at $20, and a Garmin GPS, valued at $200, was stolen from the vehicle. Anyone with further information is asked to contact Detective Ray Gulbin at 973-509-4739.

Vandalism to a Motor Vehicle

On 12/18/10 at approximately 5:40 PM, police responded to Alden Road on a report of vandalism to a motor vehicle. The victim reported that he parked a Toyota Corolla in front of his residence on that date at approximately 3:00 PM. When he returned to the vehicle approximately two hours later, he found that the vehicle’s rear window had been smashed. There are no suspects at this time.

On 12/19/10 at approximately 1:20 AM, police responded to a single-family residence on Midland Avenue on a report of an unknown person in the homeowner’s backyard. Upon arrival, police spoke to the caller, who stated that she was on the house’s second floor when she noticed that the sensor light in the rear yard was activated and her dog began barking. The caller looked outside and saw a tall male wearing a dark-colored sweatshirt in the yard. The caller went downstairs to contact the police, but the suspect had already left the area by the time she got to the phone.

Anyone with further information is asked to contact Sergeant Wil Young at 973-509-4719.

On 12/19/10 at approximately 4:35 PM, police responded to a single-family residence on Ridgewood Avenue on a report of vandalism. The complainant stated that on 12/18/10 at approximately 11:30 PM, he heard a loud crashing sound inside the house, but could not determine its origin. The following day, he discovered that pane of glass on his front porch had been damaged and a rock was found on his porch. The damage to the glass is estimated at $200. There are no suspects at this time.

On 12/19/10 at approximately 3:30 AM, police were dispatched to a single-family residence on Edgewood Road on a report of an attempted break-in to a home. Upon arrival, police spoke to the caller, who stated that minutes before calling the police, he was in his kitchen and looked out a window facing his rear yard. The caller told police that he observed a male walking through his backyard. The male fled in an unknown direction when the caller yelled at him.

The suspect is described as a male, approximately 5’6”, wearing dark-colored clothing and possibly sweatpants. Anyone with further information is asked to contact Sergeant Wil Young at 973-509-4719.

On 12/16/10 at approximately 8:50 PM, police were dispatched to a single-family residence on Cambridge Road on a report of a possible burglary in progress. Upon arrival, police were advised that two juvenile callers saw a male with a flashlight near one of the house’s windows. The juveniles then ran to their basement and awaited the arrival of the police.

One of the juveniles stated that she was in the dining room when she observed a male approach the residence’s front window and peer inside while holding a flashlight. The juvenile walked towards the window in an attempt to identify the male, but the suspect ran and fled the area in a dark-colored sedan. The only description of the male is that he had a stocky build and was last seen wearing a dark-colored coat and dark wool cap. 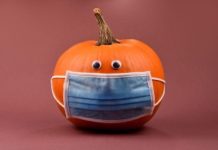 Township of Montclair Releases Halloween and Trick or Treating Recommendations