The rumors that have been swirling around town like buttercream frosting were confirmed this morning:  One of Maplewood’s finest bakers — Julie Pauly, alias “The Able Baker” will be opening a shop in the Village.

“I’ve only been in business for two years,” said Pauly, looking around the former hair salon that will become her new bakery, “but people have been asking and asking about when I would open my own place.”  Her many fans can now rest easy.  Currently the head of a highly successful web-based business (as well as the in-house baker for Kari’s Cafe), Pauly is looking toward an early 2011 opening.  Let’s hope it’s in time for Valentine’s Day!

Located at 189 Maplewood Avenue, just south of Baker Street, The Able Baker will join neighbors Core Mind & Body Pilates studio and the Mona Lisa Framing shop.  The spot will carry all of the baked goods that have made Pauly justifiably famous — such as beautifully decorated cakes and cupcakes, specialty cookies and pies — as well as breakfasty items like scones and coffee cakes.  Of course, coffee and cappuccino will be available.  “Oh, and hot chocolate — really great hot chocolate!” she said.

The bakery will have window and table seating, as well as an open kitchen.  For the outside, Pauly envisions a dark chocolate brown awning — “Sort of like the one Arturo’s has” — festooned with the Able Baker’s recognizable logo.  She intends to serve the commuter crowd with a 7 a.m. opening, and hopes to attract students from Maplewood Middle School (a hop-skip-and-jump away) in the afternoons.  Pauly said she plans to be open seven days a week until 6 p.m.

As word leaked out, Maplewoodians reacted with glee.  “This is what we hoped for,” said Julie Doran, manager of the Maplewood Village Alliance.  “We don’t have a specialty baker in the Village, and Julie is a very talented and creative baker with an large and loyal customer base.  We are thrilled to have her.” 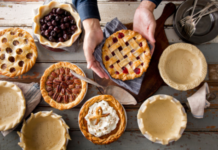 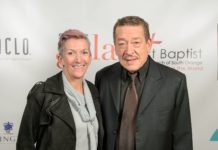 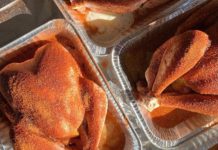 Order in For A Thanksgiving Dinner Made Easy