People are passionate about their meat – especially when it’s sizzling hot and slapped between a bun.

Hot From The Kettle is brainstorming to compile a list of the best burgers in northern New Jersey.

The list will be transformed into a Baristanet poll containing the eight most frequently mentioned burger joints.

Here are the rules:

1. For purposes of this poll, North Jersey is north of the Raritan Bridge.

2. There will be no discriminating between “Sliders” and full sized burgers.

Here are a few to get you started, Pal’s Cabin in West Orange, McGovern’s in Newark, White Manna in Hackensack . . . You do the rest 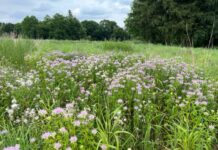