More than 100 suspected members of organized crime families were arrested today in New York and New Jersey, the New York Daily News reports, in what’s being called the biggest crime bust ever in the history of organized crime, one that required staging in a Brooklyn armory due to the magnitude of the operation. U.S. Attorney General Eric Holder is expected to be in New York later today to discuss the round-up.

The Jersey suspects were alleged members of the DeCavalcante Family, who have been called the “Real Life Sopranos.”

A tipster writes…”does this mean I can get a table at Lu Nello?” 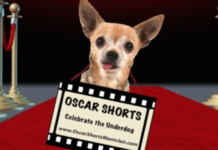 more from Luna Stage - 10 hours ago