Last evening the Bloomfield Historic District Review Board approved plans for a long-awaited monument honoring former Bloomfield Mayor John I. Crecco, to be placed at the entrance to Crecco Plaza, in front of the Bloomfield Public Library. The plaza was dedicated to Mayor Crecco last June in a ceremony on the eve of his 90th birthday to honor his accomplishments and dedication to the town.

John Crecco, a U.S. Navy veteran of World War II, has dedicated much of his adult life to charitable work. In 1964, he founded the nonprofit, John I. Crecco Foundation, which has contributed hundreds of thousands of dollars and vital equipment to area hospitals. The Foundation has also funded fire safety programs for the Bloomfield Fire Department and supplied defibrillators to all Bloomfield police cars.

Mayor Crecco also supports youth athletics, sponsoring eight Little League Teams and two major teams, as well as being a benefactor to the William Foley Football League. Through his Crecco Athletic Club, he sponsors the annual Bloomfield Junior Olympic Track Meet.
John Crecco served four terms as Councilman-at-Large in Bloomfield, starting in 1971. In 1986 he was elected Mayor and served for one term. He was later elected again to the Council in 1992; was appointed Deputy Commissioner of the New Jersey State Athletic Control Board by Governor Whitman in 1994, and served as Bloomfield Mayor again from 2001 to 2002.

The purpose of the planned monument is to honor Mayor Crecco for his charitable work, his dedication to the Township of Bloomfield, and for his service in the Navy during World War II. The monument, which will be a brick and stone archway with “Crecco Plaza” engraved on its entablature, will be funded by the Crecco Foundation. The entablature will also include 11 stars to symbolize his combat stars from the Navy. Brass plaques depicting his service to Bloomfield and his other achievements will be placed on the sides of the arch.

Mike Napolitano, representing the Crecco Foundation, and the Foundation’s architect, Robert Cozzarelli, had presented initial plans for the monument to the Historic District Review Board in November. Members of the HDRB had made suggestions for changes to ensure the monument would blend with the surrounding area.

The project was delayed after Mr. Napolitano had a serious accident in December and was unable to attend another meeting for several months.

At last night’s meeting Mr. Napolitano and Mr. Cozzarelli went over the revised plans and discussed future renovations to the plaza.
The Board voted unanimously to approve the initial phase of the project, pending final revised drawings reflecting minor changes discussed at the meeting. This phase includes the construction of the archway as well as moving the existing Veterans’ Memorial and flagpoles to another location in the plaza.

The Crecco Foundation hopes to obtain grants to make further aesthetic changes to the plaza, including landscaping and pavers, as well as to fund ongoing maintenance for the area. These plans will be presented to the Board at a later date. 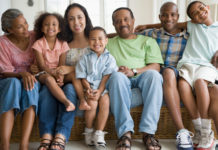