Living among us in Baristaville are more than a few families leading happy, fulfilling lives… with one car. With the incentive of green benefits — both a reduced carbon footprint and cost savings – it can be done, especially in towns peppered with bus stops and train stations. The three most important factors are, of course, location, location, location. Flexibility and resourcefulness help, too.

My family moved to Montclair last summer, with two children, a dog, and two cars. We rented a house a block from a train station in Upper Montclair and soon noticed our second car sat in the driveway Monday through Friday and was driven only occasionally on the weekends. When six months later we bought a house a block from the Watchung Avenue train station, and the lease on our second car was running out, we decided to make a go of one car living. My husband commutes into Manhattan and rarely gets behind the wheel on weekdays.

The weekends require some slight juggling, but the biggest hurdle we’ve had so far was a Sunday morning when my daughter needed to be two towns away and my son had a birthday party a mile and a half from our house. The result? My son and I dressed for the weather (it was still cold) and endured the trials of a delightful walk. My husband and daughter picked us up at the end of the party two hours later. Had it been, say, pouring rain, we likely could have asked for a ride from someone also attending the party or—gasp—called a cab.

Cora and Adam Licht, of Maplewood, have had only one car for the last two years. Around the time that Cora decided to stay at home full-time with their three children, one of their cars was totaled in an accident. This accelerated their realization that with only one of them working outside the house, the second car was a luxury (Adam commutes by train and has a 10-minute walk to the station). The upkeep and insurance on their second car was upward of $5,000 a year, which they are now happy to put directly into their annual family vacation, more than worth the effort “of being more coordinated in our weekend driving,” said Adam.

In two years, the Lichts have had to rent a car twice. They spent about $150 total. When it comes to making do with one car, “the borderline of luxury and must-have is a matter of perspective,” he said.

The best-case scenario for living with one car is when one or both partners can walk to public transportation for the work commute, leaving only the weekends when two people even have the opportunity to get behind the wheel. But without the right location, it doesn’t always work.

When Aviva Patz and Tripp Reynolds first moved to Montclair seven years ago, they lived in Upper Montclair and both commuted into Manhattan. They had no need for a second car, and on weekends, “it made us very efficient running errands,” said Patz. But four years later, they moved across town, a mile from the closest train station, and Patz began working from home. She would often drive Tripp to and from the station, but with the arrival of one and then two daughters into the mix, it became more difficult. “If he had a late meeting, the kids would be asleep, so I sometimes had a neighbor stay at the house while I ran out to pick him up from the train,” she recalled. As soon as they got off the waitlist for a station parking permit, they became a two-car family.

The age and number of children in a family also affects the ease of one-car living. With two or more children, each with their own roster of friends and activities, things can get tricky. Anne-Sophie Roure and Steve McClendon live in Montclair and have three boys, ages 5, 7, and 9 (pictured above with Roure). They live across the street from a train station and Steve commutes into the City. They choose the boys’ activities carefully, so their one car can keep up with the logistics after school and on weekends. Roure often signs them up for sports, for example, with a friend with whom they can carpool if needed. An added hurdle to life with one car, Roure works part-time and has several evening commitments a week. “I need the car those nights, so the boys can’t have anything they have to be driven to,” she explained.

The couple recently looked into adding a second car, but the economics of it underscored that even with their scheduling dance, it’s worth sticking to one vehicle for now. Recently McClendon’s bi-weekly poker game fell on a night when his wife was at work. He left the kids with a sitter and got there on foot.

With so many residents moving here from New York City, having even one car is often one more than they’ve had before. Many narrow their house hunt to locales that will support a one-car lifestyle.

Yifat Susskind and Max Boehnel moved to Montclair in 2003 from Brooklyn, where they did not have a car. They chose a house two blocks from downtown Bloomfield Avenue, enabling them to easily walk to everything from the grocery store to the movie theater to their two children’s schools. A second car has never been discussed. In fact, at one point, they spent a few months with no car at all and were surprised how easily they got by. Occasionally, they borrowed a car from friends who have two.

“The funny thing was,” recalled Susskind, “other people were horrified that we didn’t have a car. I would watch the information sink in and see the person struggling to reassess our family, which appears typically middle class/professional, and yet, no car?”

They went back to being a one-car family, but within town they still get most places on foot or by bicycle.

For my family, it’s only been two and a half months, but so far so good. And my oldest child won’t have her driver’s license for about eight years. I’m told that can be a real game changer. 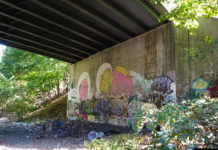 As Essex Hudson Greenway Gets Closer To Reality, A Glimpse At The Old Boonton Line 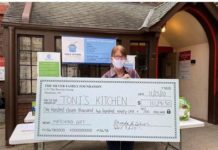 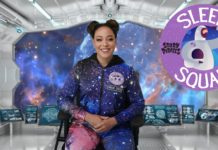