West Orange held its first Diversity Day on Sunday, May 22 in an effort to celebrate the many cultures of the town’s peoples.

The celebration was organized by the West Orange Human Relations Comission (WO HRC). Over 50 languages and cultures were represented, it was an afternoon of music, dance demonstrations, storytime in four languages in the library, a scavenger hunt, vendors and tables with over 25 “Diversity Ambassadors” who taught about their culture and helped  visitors “travel around the world.”

There was a poetry reading, featuring student poetry, ranging from kindergarten through high school. The poems were compiled into a program called Voices of West Orange, which had an image of  four multi-cultural children on the cover.

That program image, which was also printed on promotional postcards prior to the event, is what the Oranges and Maplewood Unit of the NAACP is angry about. The cover photo did not represent an African-American child.

In an email exchange with Tom Puryear, the president of the chapter, told Barista Kids, “Our Unit was and is very concerned about the marketing strategy devised to promote “Diversity Day” in the township. The post card (marketing tool) used by the WO HRC (Chaired by Pastor Doug Adams), demonstrated a lack of sensitivity to a significant constituency within the West Orange community.”

He also shared a letter from the NAACP to Douglas Adams:

Although you and I have had a phone conversation on these matters, as I shared during our conversation, it is important that our Unit’s concerns are shared publicly so that there can be no ambiguity about our concerns, disappointments and our plans for the future.

Our Unit has been informed that some West Orange classroom teachers are using HRC’s post card as a teaching point (lack of sensitivity). In addition, at least one youth group has used the post card to express their thoughts about their feelings and the appearance of the lack of respect that is demonstrated towards their existence.

It was always expected that you would be selected to carry the water for the mayor, the superintendent, the Town Council and the WO BoE, as to a possible response to the collaborative actions of West Orange officials.  However, to have the remaining elected and appointed West Orange officials to publicly remain silent on the joint use of the post card, reflects badly on the elected and appointed leadership in the township.

To expect West Orange residents to ignore the implied intent of the host is to expect individuals to take on faith that the creators of the post card will do the right thing even though their images are negative.  As you well know, faith is very important in some endeavors, however, I have read: “In the same way, faith by itself if it is not accompanied by action, is dead”
(James 2:17/NIV).

Unfortunately, the post card incident is not the only recent racially insensitive issue that has been reported to have occurred in the municipality of West Orange. Our Unit has been made aware that some WO BoE employees are seeking assistance from the EEOC in regards to the WO BoE maintaining separate restroom facilities, for employees at a specific location on Board property.  Then, if you include the Liberty Middle school incident (that occurred during the current school year) or if you include the manner in which some youth believe that they are being mistreated by West Orange police, one might perceive that the West Orange township is hostile towards segments of its population.

The Oranges and Maplewood Unit of the NAACP is a witness to the messages that are being emitted from the West Orange Township.  In the coming weeks we will request meetings with the elected leadership of West Orange to seek answers to the glaring concerns that are occurring.  Our Unit’s plans after the meetings will depend on the sincerity of the responses received by those elected and appointed to serve the West Orange community.

Michelle Cadeau, a member of the WO HRC and one of the organizers of Diversity Day, replied, “The HRC has already replied to Mr. Puryear and the NAACP. The HRC Chairman, Douglas Adams also responded to this at the taped West Orange Town council meeting. So we have responded and have nothing else to say at this point.” 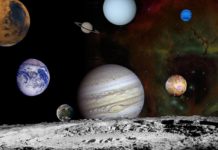