Here’s a roundup of some news (or not) on the local restaurant scene.

It’s been a while since our story on Brick Lane setting up shop in Montclair, and the intervening months have left residents, who have been keen on a curry house, starved for details.  The restaurant, an offshoot of a successful duo of the same name in NYC, had been expected to have opened by the end of February.

Curiosity and impatience for an Indian restaurant on Valley Road (between A&P and CVS) turned to disappointment recently, when the smart red letters spelling out Brick Lane vanished. Phone calls and email inquiries to managers of the two affiliated Brick Lane restaurants in New York City met a brick wall and weren’t returned.

But Baristanet lucked out with a couple of positive signs.

Montclair Town Council’s Janice Talley, director of planning and community development, said, “The Township has on file a valid permit for the restaurant fit-out and the last inspection was on January 10, 2011. As far as we know they are still actively working on the project.”

Certainly, lots of work has been done in the 1,000-square-foot space with walnut stained wooden floors and stainless steel tavas (like woks) already adorning some of the walls. A notice on the glass door said the restaurant was due to be open by mid April.

The second sign was the sign itself. On Wednesday, May 4, the words spelling Brick Lane were spotted back on the building.

The restaurant promises to replicate the experience in curry houses of Brick Lane in London, UK, with a menu that’s “lighter on tandooris and khurmas and heavier on kebabs and robust curries,” according to Brick Lane’s website.

Baristanet also looked into talk that Sweet Basil’s Cafe in West Orange might be moving to take up the space vacated by Charlie Brown’s Steakhouse in Upper Montclair Plaza.

Here’s what Sweet Basil’s owner Alan Platt had to say.

“Yes, we’re pursuing an active bid at the Charlie Brown site. We’ve met with landlords, architects and town people, but we’re still only at the talking stage, with no lease in hand yet.”

Sweet Basil, which has built a loyal following over its past 16 years in West Orange with its impressive brunches and lunches, gets a “lot of Montclair and Maplewood customers,” said Platt, who was confident the cafe and grill would “do very well up there.”

“Upper Montclair is a very interesting location for us. Hopefully, we should know something in a week or two.”

Regulars had expressed concern that the chef of the Raymond’s diner might have moved to Tosca, also on Church St.

But co-owner Joanne Ricci of Raymond’s pooh-poohed the speculation, saying, “Our chef is still here. One of our line cooks moved, but line cooks move around all the time. It’s not news.”

It may not be news, but with a popular place like Raymond’s, a bit of reassurance can go a long way. 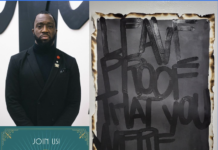 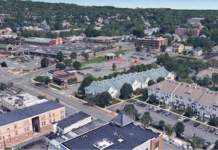