On 9 September 2011 at approximately 2040 hours / 8:40 PM the Millburn Police Department were on scene and outside of Neiman Marcus – Mall at Short Hills, 1200 Rte 124, Short Hills, New Jersey for a shoplifting incident. While placing that suspect in the patrol car, Millburn Police Officers heard someone screaming hysterically for assistance from the police.

Upon investigation our officer found a man screaming and bleeding profusely from the head and facial wounds.

Upon rendering immediate first aid and with the assistance of backup units, it was determined that the victim, a 53 year old male from Atlantic Highlands, New Jersey was returning to his vehicle, a 2011 BMW convertible from shopping inside the Mall.
Suddenly and without warning the victim (whose name we are withholding at this juncture) was approached by a black male wearing a blue hooded sweatshirt who then brandished a handgun.

The victim was transported by members of the Millburn-Short Hills Volunteer First Aid Squad to Overlook Hospital located in Summit, New Jersey and later that night released.

An extensive search was conducted by the Millburn Police Department and surrounding jurisdictions with negative results.

This matter remains under active investigation by the Millburn Police Department Detective Bureau. Any persons with information are asked to contact Detective Joseph Johnson at (973) 564-7017.

AS WE REPORTED PREVIOUSLY:

An attempted carjacking at the Mall at Short Hills, at 8:40 p.m., ended with an assault, reports Lt. Peter Eakley.

This matter is still under an active investigation and new facts are being developed as we progress, but preliminary reports show that the victim was confronted in J-Lot at the Mall at Short Hills, 1200 Rte, 124, Short Hills, New Jersey. The actor brandished a firearm and tried to coax the victim into the victim’s vehicle.

For some reason, still under investigation, the actor then struck the victim on the head with the firearm causing what is now believed to be a non-life threatening injury.

The victim was transported to Overlook Hospital in Summit, New Jersey.

As this matter is still under active and developing investigation, we do not anticipating releasing anymore information this evening. Please be patient as more accurate information is developed in this serious crime. 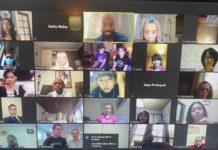 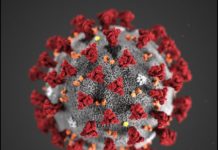