Students from the School of Rock Montclair will be performing in a number of area concerts throughout October.  Along with featured theme shows, the School’s bands will also share stages with other young musicians from across northern New Jersey and around the world.

“After being in business in Montclair for a year and a half, we’re ready to show off our students’ talent in a series of out-of-town shows,” says Matt Sandoski, owner of School of Rock Montclair.  “These gigs will not only energize our students’ performance skills and on-stage confidence, they’ll also give them a chance to present their impressive chops to fresh audiences.”

Two shows in particular will offer new experiences for the School’s young musicians, who range in age from 7 to 17.

On Saturday,October 29, the School of Rock Montclair House Band, which is comprised of some of the School’s top students, will perform at the CMJ (College Music Journal) Music Marathon, an annual event where select bands play at clubs throughout New York City.  Started in 1980, the Marathon is considered to be America’s top new music event, and in the past has featured performances by such artists as Arcade Fire, White Stripes, The Killers, Modest Mouse, and The Foo Fighters.

“Along with performing for a hip college-age crowd that loves new music, our House Band will also be able to rub elbows with artists who by this time next year may be international superstars,” says Sandoski.  “It’s going to be an amazing adventure for our students.”

On Sunday, October 30, the School will participate in a Best of Season show at Mexicali Live in Teaneck, which will also feature performances by bands from School of Rock Chatham and School of Rock Somerville.  Each school will present the best songs from their summer Performance Program concerts.

“The Best of Season gig allows our musicians to swap riffs, tricks, and ideas with other School of Rockers,” explains Sandoski.  “It’ll be a great opportunity for students from some of New Jersey’s top schools get to meet, hang out, and show their stuff.”

The School’s full October appearance schedule is as follows: 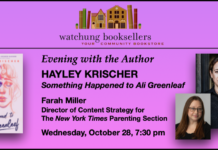 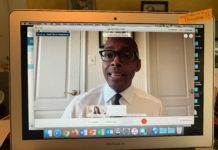 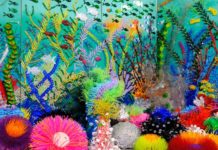