I enjoy dreaming about spring break and summer vacation when my fingers and toes are frozen solid like they were this morning at the bus stop. Now that they’ve thawed out enough so I can type, I’ll share what little I know about Walt Disney World in Orlando in case you’re considering a trip there soon. When people find out we went over New Year’s Eve, I get mixed reactions. A large number of parents look at me like they just got off the Tower of Terror, some are mystified that we made it back alive but most are enthusiastic and ask for advice.

Before I went, I asked for tips from friends who had gone recently. Most of them told me, “Don’t go.” My husband agreed. He wanted to visit the world’s most famous theme park–one that hosts 47 million visitors each year–kind like he wanted to get a spinal tap. I guilted him into the trip because I have fairy-tale memories from my visits there in the ’80s. I basically made him feel like a dead-beat dad until he agreed to go.

Pushing him paid off because he really fell for Disney World. It helped that I prepared beforehand–my OCD kicked in–so the trip would be fun for him. (It’s going to be a blast for the kids no matter what you do.) For example, I discovered the cruel reality that the Magic Kingdom–the busiest, most packed park at Disney–does not serve alcohol. I repeat: The Magic Kingdom does not serve alcohol. It is wise to head to Epcot around 5 p.m. each day where the margaritas will make you forget how long you stood in line to ride Peter Pan.

Here’s more of what made Disney World so fun for us:

Have you been, or are you planning to go? Feel free to list your tips and tricks in the comments below. 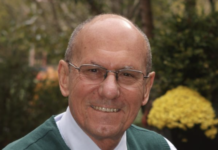 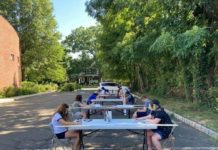