Assemblyman John F. McKeon and Assemblywoman Mila M. Jasey pledged to work collectively in a bipartisan manner with other lawmakers and the Christie Administration to reinstate the landmark ‘Anti-Bullying Bill of Rights.’

In a 7-2 ruling on Friday, the Council of Local Mandates struck down the law as an unfunded mandate. The council’s ruling will take affect in about 60 days, once its formal order is released.

Jasey and McKeon are prime sponsors of the measure (A-3466) which had the support of two-thirds of the New Jersey Legislature and was signed into law in September, 2011.

The Anti-Bullying Bill of Rights strengthens an earlier law (A-1874) of which McKeon is the lead sponsor and requires schools to adopt polices prohibiting the harassment, intimidation, or bullying of students on school property, at a school function or on a school bus. In 2007, this legislation was updated by the New Jersey Legislature to include cyber-bullying and enacted into law (A-3803) on August 6th.

We pledge to work collectively in a bipartisan manner with lawmakers and the Christie administration to find solutions to reinstate the ‘Anti-Bullying Bill of Rights,’ a landmark measure to protect our children and youth from harassment and intimidation. We plan to examine closely if the measure can be implemented by using existing resources as argued by the state Department of Education in its petition to the Council of Local Mandates. We will also review if the necessary funding could be made available from the ‘Bullying Prevention Fund’ established in the Department by the legislation or explore additional funding alternatives.

The ‘Anti-Bullying Bill of Rights’ strengthens standards for the prevention, reporting, investigating and responding to incidents of bullying.

It “requires” as opposed to “encourages” school districts to establish bullying prevention programs and to form a school safety team in each school to foster and maintain a positive environment.

It also requires all teachers, administrators and school board members to complete anti-bullying training. The measure additionally requires the superintendent of schools in each district to appoint a district anti-bullying coordinator.

In its January 27th ruling, the Council on Local Mandates said the new law is an unfunded mandate in that it requires school districts to provide training and personnel associated with its implementation.

The Star Ledger reported that the decision was in response to a complaint filed with the council by the Allamuchy School District in Warren County, which argued the anti-bullying law creates extra costs for districts but does not provide funding to pay for them. The Allamuchy district, which has 427 students, said the law would cost it $6,000 this year alone for training, plus more in the future.

The state Department of Education has said the law is not an unfunded mandate. In a brief filed with the council, the DOE argued the measure is a revision of an earlier law and that districts can meet their requirements without additional costs. 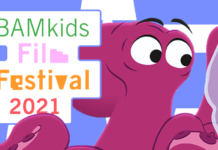