Updated with more from Lombard:

Montclair’s Superintendent of Schools Frank Alvarez announced today that after serving nine years in the position, he would be stepping down in June.

With no specifics on what his plans were, he ended his letter saying, “This is far from the last word. Over the next few months you will hear from me with regard to a transition plan, reflections on our work and hopes for the future.”

Shelly Lombard, the BoE President, spoke with us about the news, which she learned less than 24 hours ago, beginning with the statement, “It was a surprise.”

She went on to say that Dr. Alvarez was responsible for a lot of new initiatives, such as hiring a great group of new administrators, strengthening the Special Education program by bringing a number of students back to the district, bringing about the learning communities at MHS, and working on improving Mt. Hebron Middle School.

Lombard added, “He is leaving a great legacy and we wish Frank the best.”

When asked what the BoE’s next steps are, she said they hadn’t even had a chance to discuss it and doesn’t know the next step yet. The Board is responsible for hiring the Superintendent of schools, but Lombard says, as of now, there is nothing in place.

The superintendent’s job is a REALLY demanding job, with emphasis on the REALLY. It’s like running a decent size company ($110 million!) but with many more constraints and regulations. And now there are considerable financial pressures because of the economy.

In addition, Montclair is more challenging than the typical New Jersey district. I can think of very few districts that match our economic diversity…very wealthy residents plus a sizable free and reduced lunch population. That said, our diversity is also what makes us very attractive.

I believe the average superintendent lasts 3 years….Frank has been here 9 years. And I think he felt it was just time to pass the torch.

The board’s challenge will be to find the person who can build on what Frank accomplished. 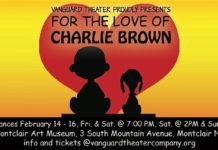