I’m on a roll with Flavor Excursions, finding unique and tasty Jersey spots to explore new culinary horizons. So if you know some places I haven’t hit yet, feel free to let me know so I can add them to my list.

This time I got a tip from a friend who was interested in my last outing to Wallington for Polish fare. While agreeing how fun it is to venture to ethnic neighborhoods, she mentioned her husband’s favorite outing to Kearny, a trip which connects him with his family’s Scottish roots. Of course my ears perked up, not knowing of a Scottish pocket so close to Montclair (or even one at all!). So I did a bit of research and headed East on Rt. 3 to Kearny. My friend Debbie, who is hooked on these outings and describes them as a much needed break from her mundane drives shuttling her kids to and from various sports, was once again my travel mate. This time, instead of pierogi and sausage, we were on a quest for traditional meat pies, shortbread and fish and chips.

And boy did we did find a pot of gold at the end of our drive, which proved to be a vestige of days long gone in “Soccer Town USA,” a name given to this Scottish settlement in New Jersey after an influx of Scottish and Irish immigrants arrived with the opening of two Scottish factories in the mid 1870’s.

First stop was Stewart’s Scottish Market located at 338 Kearny Avenue. With vintage signage adorning the windows, this little market is really a throw-back. It doesn’t look like much when you first walk in, but for folks with Scottish roots I imagine it’s a comforting place, with its shelves of Scottish candy, jars of mincemeat and marmalade and a case filled with sausages and pot pies. For us, two friends without a trace of Scott between us, it was an opportunity to experience something new. So we gathered an assortment of pies, breads and scones to bring home for our families to sample. The prices were bafflingly low — $37 for a bag full of chicken pot pies, meat pies, scones, potato bread and cookies.

As it turns out, my family wasn’t overly thrilled with the food, commenting that the meat in the pies tasted a bit unusual but the flaky pastry was a hit. The shortbread was buttery but dry, maybe what it’s supposed to taste like. But my kids can now say they’ve had Scottish food, even if they don’t like it! And I had a fantastic time with a friend discovering another neighborhood with a rich past.

Before heading home we made a quick stop at Argyle Restaurant located at 212 Kearny Avenue to get some fish and chips to bring home to Debbie’s family. If you’re a fried fish fan, apparently the fresh flounder, fried crispy and golden, is the best around, especially when served with french fries doused with Malt Cider Vinegar. I passed on the fried fish since my stomach (and brain) can’t handle it, but Debbie gave it two thumbs up, saying it was prepared perfectly, crispy on the outside, flaky and not fishy tasting at all. Of course my car still reeks of fried fish but I suppose it’s a fond reminder of another fun day with a friend.

If you’re interested in a trip to Kearny, you’d better get there fast since there are only a few remaining Scottish establishments in a neighborhood once teeming with them. The fish fry guy says that Argyle’s is the last fish and chip joint in Kearny. Apparently, back in the day there were a whopping nine Scottish restaurants. And one more thing to note: if you’re looking for a Scottish chachka for a friend – a t-shirt, shortbread pan, kilt or maybe a thimble of Irish pride, there are a few little shops jam packed with fun trinkets. There’s even one adjacent to Argyle restaurant so you can eat and then shop! 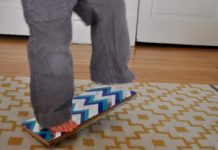 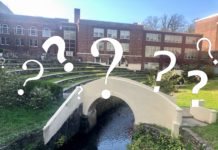