On 04/02/2012 at 0948 hrs. officers responded to the TD Bank located at 233 Bloomfield Avenue on report of a woman in the drive through attempting to deposit a fraudulent check in the amount of $225.  This party was then attempting to withdraw $100 subsequent to the original deposit.  The caller provided a vehicle description as well as the name given by the suspect with her description.

Upon arrival, officers observed a vehicle fitting the description as given by the caller.  A stop was conducted and the operator of the vehicle was identified as Catherine Judy Green, a 35 year old East Orange woman.  Based on information gathered from the bank and evidence collected at the scene, Ms. Green was placed under arrest and charged with Attempting to Pass a Fraudulent Check.

Pursuant to a narcotics investigation, Montclair Police Vice Control Unit arrested a 27-year-old, East Rutherford man who was found to be in possession of 1,763 pills.  The narcotics that were confiscated were found to be a quantity of Turanabol pills which are a suspected anabolic steroid.  Also confiscated was $2135 in cash.  The arrest took place in the parking lot of 539 Valley Rd in Upper Montclair.

On 03/31/2012 at approx. 1003 hrs. officers responded to a Clarewill Avenue address in Montclair on report of a burglary.  Upon arrival it was learned that the homeowners may have left their rear door open during the night and four cell phones along with a quantity of cash was taken out of a wallet.  It is believed that entry was made by entering an unlocked rear door and the phones were in view of a window.  The burglary is believed to have occurred between the hours of 1230 am and 0600 am 03/31.  Anyone with information should contact Det. Turner at 973-509-4724.

On 04/02/2012 at 2134 hours, officers responded to an Elston Road residence on report of a Burglary.  Upon arrival it was learned that a rear window was broken to afford entry into the home.  From the home a safe was taken containing a quantity of jewelry and collectable coins.  Anyone with information should be forwarded to Det. Turner at 973-509-4724. 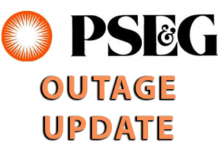 Montclair Shares PSE&G Outage Update For Those Still Without Power 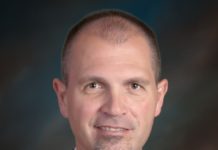