5-9-2012 – On the 600 block of E. Passaic Ave. entry was gained through a rear door of a residence. Some collectable coins and railroad certificates were taken.

5-11-2012 – On Overlook Terr. the victim reports that she woke up and found her living room window opened along with her front door. The victim reported a Dell laptop along with several pieces of crystal were taken.

5-11-2012 – On Walnut St. a residence was burglarized where the front door was found to be the point of entry. At the time of report proceeds were unknown.

5-11-2012 – On Lombard St. the victim reports several pieces of jewelry were taken from their home the point of entry is unknown.

5-10-2012 – On Oak St. a vehicle was entered however nothing was reported to be missing.
THEFT

5-12-2012- On the 400 block of Abington Ave. the victim reports that an unknown person removed 4 tires and rims off of his parked vehicle.

5-13-2012 – On Park Ave. the victim reports being physically assaulted and reports 1 set of Motorola head phones taken along with 1 True Religion jacket, 2 watches and his prescription bottle.

5-8-2012 John Salvanto 3rd of Belleville was arrested for Contempt, Burglary.

5-9-2012 Christian Chirino of Wst. New York was arrested for Contempt.

5-11-2012 Seth Dupree of Bloomfield was arrested for Burglary, Possession of Stolen Property.

On Friday May 11, officers were dispatched to a residence on Walnut St. for a burglary in progress call. After interviewing the victim it was determined that a brick was used to break a rear glass / screen door where the entry was gained to his home. The victim heard someone run down some stairs and then into the rear yard. A perimeter was established and officers “flushed” the suspect from the rear yards of Pine St. towards Jerome Pl. The suspect was heard in the area of Jerome Pl. running through bushes and jumping fences. In a back yard on Jerome Pl. the suspect, a white male wearing dark clothing was spotted and ordered to stop. He fled west through the yards until he was spotted again coming out of the rear yard of a home on the 100 block of Jerome Pl. The suspect again refused to comply with Officers orders to stop until finally being taken into custody by Officers holding their position on the perimeter.

While at HQ’s through interviewing Mr. Dupree he also admitted to burglarizing several other homes and procededs from those burglaries were recovered from his residence.

Mr. Dupree had an active warrant from the City of Newark for $500.00 and was charged in Bloomfield with the following:
Burglary
Unlawful possession of a weapon
Obstructing
Criminal

On May 13, at 4 a.m. Officers were dispatched to the area of JFK Drive N and Bloomfield Ave on a report a man unconscious behind the wheel of a parked, running car. Upon arrival the Officers located the car and found the Driver identified as Naeem Harrington asleep and unresponsive to verbal commands. After several attempts the Officers finally got Mr. Harrington to wake up and asked him to perform field sobriety tests which he failed. Mr. Harrington was taken to Belleville Pd and given a breath test. Mr. Harrington was given summonses for DUI and driving with a suspended drivers license before being released to a family member and given a Municipal Court date of May 17, 2012. The owner of the vehicle Mr. Harrington was driving was also issued a summons for allowing a suspended driver to operate a motor vehicle.

5-13-2012 – Juan Diaz of Bloomfield was arrested for Disorderly Conduct. 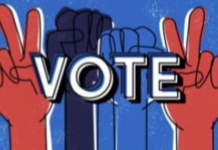