Georgette’s going to love this Flavor Excursion since we’re heading to the North Bergen area (Hudson County), where she went to high school. And since my mom grew up there, it’s special for me. This now Spanish speaking pocket of New Jersey, with its majestic views of New York City and one of the last exits before you head into the Lincoln tunnel, is a vibrant community exploding with flavor. From Argentinian, to Cuban, Colombian and Mexican, it’s a culinary delight to explore.

I used to love visiting my grandparents on 79th Street, a few blocks off Bergenline Avenue, where my grandfather used to have his dental office. So when my friend Jackie told me about the sophisticated Argentine café her mother was raving about, we called our friend Debbie to put a date on the calendar.

And what an amazing outing we had! I was spoiled for this trip since Jackie took the reins and meticulously planned the trip. Bergenline Avenue is a one way street heading south, so we traveled North on Kennedy Blvd and then turned East on 66th Street to our first stop, Dulce de Leche a remarkable Argentine bakery in West New York with a tantalizing display of sweet and savory treats.  They have flaky croissants, plain or stuffed with crème caramel and chocolate, crusty loaves of freshly baked bread, golden empanadas stuffed with cheese, spinach or meat and traditional Argentine tea sandwiches so fluffy your teeth sink into each bite like a head into a down pillow.

And don’t let me forget the pastries and cakes that stand up to any fine French bakery. There are glorious cakes and petite pastries decorated and filled with fruit, shaved chocolate and whipped cream. Glass cases display the café’s goodies, with even a glimpse into the back where bakers create this amazing array of treats. And the coffee! Their strong and creamy Café con Leche is the real deal, as good as you’d get in Argentina. The bustling Spanish speaking crowd is testimony to the authenticity. Between the three of us, we did a good job emptying a good bit of their stock.

As we sipped our coffee, we didn’t want to leave this delightful café, but since the clock was ticking we got back into the car and headed 20 blocks further south for churros, plantains and black beans and rice at El Artesano, a Cuban Cafeteria and Churreria in Union City. It was as if we were in Cuba itself as we stood by the take-out window at the front of the store being helped by a woman who spoke no English. As we waited for our order, we salivated over mounds of golden churros selling 8 for $1! This spot was a real gem.

The clock was ticking and with less than hour before we needed to be on duty for the kids, we got back into the car for one last stop to Mi Bandera Supermarket in Union City. It wasn’t the prettiest market we’d ever been in, but it was huge and packed to the gills with edible treasures to create a Hispanic feast. First of all, the empanada wrappers! Oh my, not just one brand but an endless stock of different sizes and finishes. And the selection of Mexican cheeses and cooking cream was unmatchable with fresh, semi-soft, soft and firm varieties. We couldn’t stay long but we left with several bags.

What a day and another fulfilling girlfriend adventure in New Jersey. My kids couldn’t believe their afterschool snack, and sat at my kitchen table devouring churros, tamales, Argentine pastries and black beans and rice. I was a super hero mom who had a super hero outing with my friends. Score! 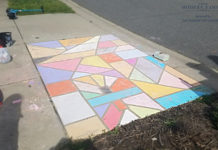 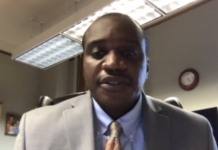 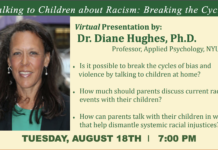