On May 3, 2012 at approx 1647 hrs. Officers responded to a report of a burglary that occurred at a Washington Street address.  Upon arrival, Officers met with the resident who reported arriving home at 1630 hours this date to find that the home had been burglarized.  The resident reports that two flat screen televisions were taken.  This investigation is ongoing. Anyone in the Washington Street area with any information should call Det. J. Anderson 973-509-4706.

On May 3, 2012 at approx 1934 hours, Officers responded to the 300 block of Park Street on report of a motor vehicle accident.  Upon arrival, Officers observed a gold colored Ford Explorer resting on the grass and sidewalk in front of a residence.  Outside of the vehicle was the operator Jeffery T. Baker, a 34 year old Verona man.  Officers conducted an investigation which resulted in Mr. Bakers arrest for DWI.  Baker was subsequently found to have prescription drugs in his possession which he had no prescription for nor were the drugs in a prescription container.  He was further charged with Illegal Possession of Prescription Legend Drugs without A Prescription.

On Sunday May 6, 2012 at approx 0112 hours, Officers responded to the area of South Mountain Avenue on report of a concerned citizen regarding an erratic driver.  Officers responded to the area and located a vehicle fitting the description and bearing the license plate given by the caller.  The caller stated that the vehicle in question was a blue 4 door vehicle and then provided the plate and direction of travel.  Officers located the vehicle in the area of Eagle Rock Way and Llewellyn Road.  A motor vehicle stop was conducted and an investigation initiated.  As a result of that investigation the operator of the vehicle, Meghan M Horan, a 39 year old Glen Ridge woman was arrested for DWI and related offenses. 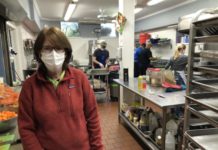