On Monday, June 18 at approx. 1402 hours, patrol units responded to the Shell Gas station at Bloomfield Avenue and Pine Street on report of a stolen motor vehicle that had just occurred. The call came in via 911. Upon arrival the owner of the vehicle informed police that he was fueling his white Lexus ES350. The vehicle was not running but the ignition transmitter was in his jacket pocket which was in the back seat of his vehicle. He entered the convenience store at the gas station with his son to make a purchase when he observed a black male 5’8 to 5’9, mid thirties, wearing a red had, white shirt and brown shorts enter his vehicle and drive away east on Bloomfield Avenue. A $400 AT&T HTC cellular phone was in the vehicle when it was taken. Anyone with information contact Detective J. Anderson at 973 509 4706.

On June 18 at approx. 1518 hours, officers responded to the area of 37 Orange Road (Ferrara’s auto body) on the report of a Silver sedan bearing NJ registration ZUF49E that had just been stolen. The vehicle had last been seen traveling east bound on Bloomfield Avenue. Patrol units came across the vehicle which was actually a BMW at the intersection of Valley Road and Bloomfield Avenue. They observed a second vehicle, a blue BMW M3 just ahead of the Silver BMW driving in an evasive manner. Patrol units activated their lights and sirens and attempted to stop the vehicles to no avail. The vehicles were last seen going in to West Orange. Police spoke to a witness at Ferrara’s auto body who informed them the silver BMW had been serviced and was parked on his lot with the keys in it awaiting pick up by the owner. He observed a blue BMW with three black male occupants pull into the lot. A black male with dread locks exited the blue BMW and jumped into the silver BMW. Both vehicles then sped off.
MOTOR VEHICLE THEFT

On June 18 at approx. 1607 hours, patrol officers observed a 2003 Mitsubishi eclipse traveling at a high rate of speed south on Elm Street. Upon running the vehicles registration, dispatch advised that there were several outstanding warrants for the registered owner of the vehicle. Officers conducted a motor vehicle stop at the intersection of Orange Road and Llewelyn Road. The driver, twenty one year old Damian Purvis of East Orange, was in fact the registered owner. He was placed under arrest without incident for the following warrants; a no bail warrant out of the Essex County Sheriffs department, $5,000.00 out East Orange, $150.00 out of East Orange, and $164.00 out of Glen Ridge.
RESIDENTIAL BURGLARY

On June 18 at approx. 1729 hours officers responded to an Essex Avenue address on a report of burglary. Upon arrival Officers were informed by the homeowner that they left the residence at approx. 1315 hours and when they returned at about 1700 hours they discovered the back door unlocked. Entry was made by removing a basement window in the front of the home that was completely covered by shrubs. Exit was made through a rear door that had a dead bolt with key in it. Key was taken upon exiting. Stolen were an X-Box game console and several video games, a black Taurus Airsoft gun, a black dell laptop, a black HP laptop, and approx. 100.00 in cash. Anyone with information contact Det. Turner at 973-509-4724.
OFFICE THEFTS

On June 19, Officers responded to Montclair Radiology located on Park Street to take a theft report. Officers were informed that between Friday June 15th and Monday June 18th money was taken from two petty cash boxes that are bolted to an unlocked desk drawer. One of the boxes appeared to have been pried open. The other box was unlocked. Taken was a total of $182.00. A second theft was reported to this same location on June 20th. $176.00 was taken from an unlocked petty cash box. Anyone with information contact Det. McCarthy at 973-509-4725.
JUVENILE PROBLEM

On June 18 at approx 2100 hours Officers responded to Glenfield Park on a report of baseball equipment that had been set on fire by a group of juveniles. The caller advised police that she observed approx. 9 black male juveniles near the baseball backstop as she was jogging in the park. On her next lap she observed baseball bases on fire and a bunch of debris on the ground. She jogged home and called the police. Officers found a metal lock box that contained the baseball equipment had been broken into. The bases were still smoldering and were put out with a fire extinguisher. Anyone with information contact the juvenile aid bureau.
THEFT

On June 19 at approx 2210 hours, officers responded to the CVS pharmacy on a report of a theft. Officers were informed that a heavy set black male approx 5’9, dark complexion, short black hair with goatee, wearing khaki cargo pants and a white tank top walked out of the store with a box of pampers and a pack of Charmin toilet tissue without paying. He calmly walked out the front door. When confronted by employees outside he fled on foot westbound on Claremont Avenue towards Grove Street. The theft was caught on video. Anyone with information contact Det. DeGrazio at 973 509 4717.
VANDALISM

On June 20 and June 22 two vehicles were vandalized. A white 2010 Nissan Altima was found to have a gouge approx twelve inches in length on the passenger door. Damage occurred between 0645 and 1500 hours on June 20th. A gray 2009 Dodge Challenger was found to have a continuous scratch from the rear passenger quarter panel to the front driver’s side fender. Vehicle was parked on June 21st at approx. 1630 hours undamaged. The damage was discovered on June 22 at approx. 0100 hours. Anyone with information contact the police department.
GRAFFITI

On June 21 at approx. 0920 hours, officers were in dispatched to Clary Anderson Arena on a report of graffiti. Officers were shown a set of white metal bay doors on the Chestnut Street side with graffiti spray painted on them. Anyone with information contact the juvenile bureau.
BURGLARY

On June 21 at approx. 1253 hours, officers responded to an Orange Road address on a report of a burglary. Officers were informed by the homeowner that no one was in the home from 1100 to 1215 hours. Entry was attempted first at a window on the north side of the home. Screen was pushed up but window was locked. Entry appears to have been made through a window on the north east side. The homeowner stated the lock on this window had been broken for some time. The homeowner was unable to determine if anything of value was missing. Anyone with information contact Det. Turner at 973 509 4724.
WARRANT ARREST

On June 22, at approx. 1923 hours, officers observed a subject in the area Bloomfield Avenue and Pine Street known to have an outstanding warrant. The warrant for this subject was confirmed through dispatch. Forty nine year old Ronald Lomack of Montclair was stopped and placed under arrest for outstanding warrants out of Montclair and Kearny. He struggled with officers as he was being handcuffed. During the arrest Lomack was found to have nine glassine envelopes containing heroin and two vials of cocaine. He was subsequently charged with possession of cocaine and heroin, possession to distribute same within a school zone and resisting arrest.
DWI

On June 23 at approx. 2259 hours, officers responded to the area of 11 Pine Street on a report of a vehicle colliding into parked cars. Upon arriving officers found the driver of a 2000 Volvo S80 slumped over and asleep behind the wheel. The vehicle was running. Upon waking the driver, a strong odor of alcohol could be smelled on his breath. The driver was disoriented. The vehicle had crashed into the back of a Volkswagen Rabbit. The momentum pushed the Volkswagen into the back of a Dodge Neon. The driver, twenty six year old Jonathan Scales of West Orange, was place under arrest for driving while intoxicated. There were no injuries. 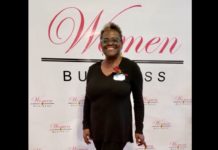