With the Presidential Election coming up in just three short months, politics is in the forefront of discussion. An election year really brings out stereotypes like no other. You know—Democrats like lattes, think with their hearts and drive electric cars. Republicans are gun-toting, religious, American-made truck drivers. Hmm, maybe there are some truths to the stereotypes…  And it turns out, especially when it comes to what car you drive.

A recent two-year study from Strategic Vision, which compiled data from new car buyers, lists the top 5 cars that liberals and conservatives drive:

The top five cars for liberals were:

The top five cars for conservatives were:

But the other findings are more interesting. Drive a convertible? You’re probably voting for the two Rs: Romney and Ryan, as 69% of Republicans like the top down. Democrats are practical, preferring smaller, “Multi-Functional” cars, such as station wagons and 5-door hatch-type vehicles, so chances are that guy driving that Volvo station wagon has an Obama bumper sticker. And it is true that Republicans do like big ol’ trucks, as they were the top buyers of large SUVs and pickups.

Before my new CRV, I owned “liberal” cars, like a Volvo station wagon and smaller sedans. But many years ago I did buy a VW Convertible Cabrio. I never liked it. I’ll spare you the long-story on why I purchased it, but I hated that car so much I ended up just donating it to get rid of it. Go figure.

And if there is truth to this study, there should be more large SUVs in Millburn, which voted 58.9% for Obama and 39.8% for McCain in the 2008 elections.  And the streets of Montclair, which voted 84% for Obama in 2008, should be filled with hybrids and station wagons.  And what about bikes? Are there any Republicans at Bike&Walk Montclair?

What do you drive and what’s your party affiliation? Does this study ring true?

by Why Can't I Play With My Friends?-A Pandemic Playbook For Kids" - 17 hours ago 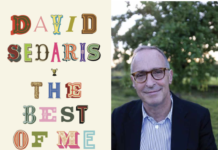 David Sedaris Bringing The Best of Me to Watchung Booksellers 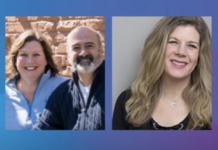 Virtual Celebration at SOPAC… And The Beat Goes On 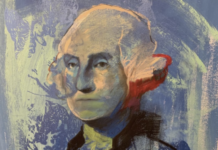 by Why Can't I Play With My Friends?-A Pandemic Playbook For Kids" - 17 hours ago