A former Verona Mayor has been sentenced in a theft-by-deception case to which he pleaded guilty this past summer. Here is the announcement.

Acting Essex County Prosecutor Carolyn A. Murray announced today that the Honorable Sherry A. Hutchins-Henderson, J.S.C., sentenced Matthew Kirnan, 52, of Ramsey to 7 years in state prison for three counts of theft by deception.

On July 18, 2012, Kirnan, a disbarred attorney and former mayor of Verona, pleaded guilty to stealing $750,000 from three clients he represented in real estate and other legal transactions from 2009 to 2010, while practicing law in West Caldwell. Instead of depositing the money in his attorney trust account and using it for the intended purpose, Kirnan stole the money.

Today Judge Hutchinson-Henderson sentenced Kirnan to 7 years in New Jersey State Prison, noting Kirnan had previously been arrested by the FBI for filing fraudulent IRS documents and was on one-year probation for practicing law under false impression in Bergen County.

“The law works no matter who you are,” said Deputy Chief Assistant Prosecutor Walter Dirkin, who handled the case. “Whether you’re someone who holds himself out as respectable in the community or whether you’re an average citizen, you can’t go from contrition to redemption without consequences. Every time Mr. Kirnan has been put in a position of trust, he abused it.”

Prosecutor Murray commended Detective Eric A. Serio for his outstanding work on this case. 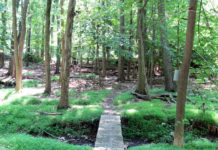 Two Properties, Totaling 22 Acres, Will Be Preserved in Verona For Public Use 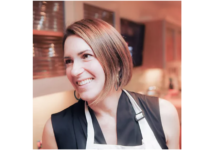