In August 2011, our family was stuck in Los Angeles when our flight to New Jersey was delayed for three days because of Irene. After reaching neighbors who volunteered to put our patio furniture in the garage, we realized there wasn’t much more we could do from 3000 miles away. Anyway, I was secretly thrilled to have more time in Southern California; who wouldn’t be, especially after our hotel tossed in complementary buffet breakfasts and extended our bargain rate.

My husband and I sketched out plans to spend one day in Malibu, another at the Grammy and Science museums, and a third poking around like the most awe-shucks tourists: driving past stars homes and down Rodeo Drive and buying goofy tee-shirts. This all sounded good to our 13 year old son, but not his 17 year old brother.

My older son, you see, is a weather geek, at the time about to start applying to the country’s top meteorology colleges. He was not happy about another three days in sunny SoCal when back home, the only major hurricane in New Jersey in his lifetime that he’d likely remember would be raging. He was doubly upset, in fact, because the week before he’d missed a rare East Coast earthquake.

He lobbied to stay in and watch weather news nonstop on our hotel room TV, but we dragged him out and he made do with updates on his phone and the satellite radio in our rental car; and every once in a while, cracked us up with a bit of weather trivia.

At one point, noticing that The Weather Channel’s top meteorologists were reporting from Little Falls and Passaic County, my son remarked, “When Jim Cantore and Mike Siedel are in your neighborhood, you should probably get out.”

I thought about that observation Monday morning when I saw that Cantore was reporting from Lower Manhattan’s Battery Park, and Siedel was stationed in Point Pleasant, NJ for Hurricane Sandy. In one way, my son is missing it all again—he’s 220 miles to the west. Then again, he’s in the center of everything, watching events unfold on the 45 monitor wall in the Weather Room of his university’s meteorology department, where everyone from the lowliest freshman to graduate students and the department’s top professors are huddled.

“Stay safe,” I begged him. “Don’t wait too long to get back to your dorm.”

He reminded me first that as “someone who has watched the Weather Channel every day since the age of two,” he knew all about storm safety and, more important, the windows of that particular room were constructed to withstand a category F5 tornado. Besides, they were ordering in pizza and chances were good they’d all spend the night there, storm tracking, making predictions. Classes are cancelled, after all.

Here’s where it gets particularly difficult to be the mother of a college student, something I’m just learning. What advice to pour into our cell phone texts and Facebook chats, what to keep to myself, how to bridge the distance between worried Mom and trusting parent, advisor and cheerleader.

My son is happy, he’s found his tribe, he’s studying what excites him; he’s already at home at an institution which graduates more professionals in the field than any other in the country, and he already has a slot on the campus weather service rotation. What more could a mother want? And yet, he’s also my little boy and he’s far from home during the worst weather event of his life.

I’m selfish. I want him here, because mothers want their children at arm’s reach in a crisis. Thinking pragmatically though, considering Hurricane Sandy’s path, he’s probably a lot better off in central Pennsylvania. And, what an opportunity—to be studying a subject that is unfolding in the world in real time, surrounded by dozens of other equally passionate students. No mother is selfish enough not to recognize how much that means to a child.

And so we miss him and we move on. We are missing the minute-by-minute updates he’d otherwise be shouting all over the house. We miss the way he synthesizes the weather news from dozens of websites, three TV networks, and a barrage of texts from weather geeks he met at (yes!) various weather camps. We miss the steady background drone of The Weather Channel and his ability to translate the meaning of meteorological minutia and make it interesting. It just doesn’t quite feel like a weather event without him. To us, anyway.

Suddenly, I understand more of that old adage about giving kids roots and wings. And maybe sometimes, wind. 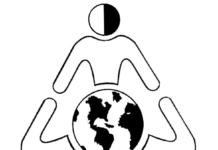 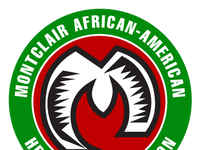