The Montclair Township Council (minus First Ward Councilor William Hurlock, who was away) devoted most of the four hours and change of its public Montclair Budget hearings on April 16 to the budget.  Township Manager Marc Dashield, displaying his managing skills, managed to include seven departments for review when there were only four on the printed agenda.  After all of that was done just after 11 pm, the council still wasn’t done, retiring to executive session immediately afterward.

The departments testifying for their budget were the Health and Human Services Department, the Department of Community Services, Finances and Taxes,  the Township Attorney’s office, the Township Clerk’s office, Dashield’s own office, and the Parking Utility, in that order.

Department of Community Services (DCS) Issues
The most eagerly awaited testimony may very well have been from DCS Director Steve Wood, more for the accusations against him by his workers for unjust treatment than for his budget request.  Indeed, resident and former township employee Audrey Hawley demanded answers in the public comment period, insisting also that other departments have had similar issues dating back the time of her retirement in 2007.  But the closest Mayor Robert Jackson and the council came to asking Wood about that was in reference to the oversized garbage cans that sanitation workers complained of at the April 9 meeting.

“I know we have that on the books,” the mayor said about the 35-gallon limit on sanitation cans.  “But how do we . . . enforce that better? Because you do see these giant cans out on the road . . ..  What should we do through either code enforcement or something, to make life better for the troops?”

Wood said that more education was needed to get Montclair residents more aware of the 35-gallon limit.  Second Ward Councilor Robin Schlager suggested that DCS pair with the township’s environmental point man Gray Russell in promoting public awareness of the rule in tandem with an effort to promote recycling that Russell hopes to pursue.

Wood testified that DCS’s entire operating budget, including sanitation and recycling but not capital costs, is $6.7 million, or $450 per household.  His goals are to maintain the useful life of essential equipment and reduce costs on workers’ compensation.  He said he hoped to control $2.5 million of the budget through keeping administrative costs in line, but he still needed $54,300 for overtime services and parts for equipment, along with $75,000 in capital spending to repair packer bodies to keep garbage from seeping out of the undersides.

Health and Human Services
Susan Portuese of Health and Human Services testified by providing a rundown of her department’s responsibilities, with an emphasis on the senior population in Montclair.  She noted the department’s efforts to provide vital health information and flu vaccines for seniors.  Portuese also emphasized the services her department was able to provide in the wake of Hurricane Sandy, such was relief stations and auxiliary power.

“Our entire department was involved in the storm,” she said. “We had the nurses, they checked on the homebound, they checked with their seniors that they knew were in the community.   We had two senior housing complexes during the storm that were out of power.  So there was talk of evacuating two senior buildings.  So what happened was, we coordinated with OEM and the fire department and were able to bring generators to the site to keep them running so that the seniors could stay in place.”  Portuese’s department is slated for $885,000 in appropriations, along with $296,000 for the animal shelter.  Melissa Neiss of the animal shelter reported that that support from Friends of the Montclair Animal Shelter has enabled the shelter to expand its adoption days and treat animals without additional costs to the taxpayer.

Finances and Taxes,  Attorney’s office, Clerk’s office, and Township Manager Requests
Chief Financial Officer Frank Mason expects $921,000 for his department and Township Attorney Ira Karasick has put in $437,000 for his, with the hope of reducing costs ion outside counsel.   But Township Clerk Linda Wanat testified that pending state legislation governing open public records and meetings may demand more activity from her office, including filling Open Public Records Act (OPRA) requests within four hours.  “We can certainly fulfill requests,” she said, “but that kind of a schedule is really difficult.”

Wanat hoped to see the full-time position reduced to part time in 2010 restored to full time to enable her office to comply with the expected change of rules, noting that many state mandates on local clerk’s offices are usually unfunded, and she endorsed the E-360 computer program to facilitate OPRA filings.  The request for the full-time position has not been officially proposed.  When Deputy Mayor Robert Russo said he needed to see figures for another full-time employee, Wanat explained that she only discussed the issue with Dashield recently.

Dashield concluded with his own budget request—$941,000—and a $3.1 million request for the parking utility, the goals in the parking office’s matrix centering on improved service and facilitating payment of fees with credit cards.

Other Resolutions
Also, the council gave final approval to the transfer for the Orange Road payment in lieu of taxes (PILOT) to Montclair Acquisition Partners (MAP) early in the evening, and it passed resolutions awarding a contract to DM Fernandes for improvements on Glenridge Avenue and suspending parking fees in the South Willow Street and South Fullerton lots and the upper level of the Fullerton Deck and the ground level of the Orange Road deck for the Montclair Film Festival.

Montclair PD Request New Radio System
In the pre-meeting, Police Chief David Sabagh returned with state Office of Emergency Telecommunications Services Director Craig Reiner, who testified on the merits of the P-25 police radio system.  Montclair could enter into the system, which was started in New Jersey in 2007 with federal grant money, with a subscriber fee and a purchase of radios.  Sabagh had stated in an earlier appearance before the council that he favored the P-25 network. 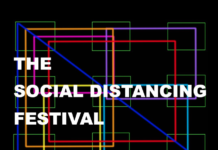 more from Peter for Montclair Councilor-At-Large - 1 day ago