Home Family Unraveling at the Montclair Board Meeting

Tensions were running high at last night’s Montclair Board meeting, escalating to an impromptu recess by Board members during one of the public comments sections so everyone could ‘calm down.’  With all the back-and-forth, the meeting ran well beyond midnight. But first, let’s go over the topics at hand.

Board President Robin Kulwin explained the new meeting format, which included two public comments sections. One was designated for agenda items following the Montclair Education Association’s (MEA’s) comments on agenda items. Thirty minutes were allotted for this section and students were given priority. The second section was for non-agenda items and took place at the end of the meeting.  Each section had their own sign-up sheet and speakers were given three minutes at the podium. “This change in format will allow for public comment on agenda items prior to any votes being taken and enable the core business of the board to be completed within a reasonable time frame, while also ensuring that any who wish to be heard on any topic have the opportunity to do so,” explained Kulwin. After sitting through two rowdy public comments sections, one gentleman from the audience pointedly asked the Board, “Did you expect to leave after midnight when you made this decision – because it’s pretty late.  So what was the purpose if not to reduce public comment? I, for one, (being the governed) don’t agree to this.”

1. A newsletter called ‘Straight from the Superintendent,’ will be published twice a month. The first edition will be a summary of events, announcements and a summary of the board meeting. The second newsletter will include an in-depth look at a critical topic happening in the district.

2. A new feature on the district’s website called ’Have You Heard?’ will feature questions from the community posted in real time (as they are discussed around town).

3. Dr. MacCormack will host evening parent meetings at every school (one to two schools a month) to increase face time with parents and caregivers.

4. A Community Partnership meeting will be held on October 14 to thank partners and to discuss how they can create even stronger partnerships to meet student needs.

5. An Achievement Gap Advisory Panel will be established. Individuals with strong thoughts and feelings on this topic will be invited to review data on the multiple factors that feed into the Achievement Gap and will look at the question, “What makes sense for the school system to take on?”

Michelle Russell, who heads up the Talent Office, will be surveying staff every five weeks to understand issues that the central staff and school leadership can address. She will be looking at what is needed for enhanced professional development and the new curriculum implementation. Three surveys have already been completed. She also noted that teachers should view their principals as the first line of communication.

The Chief of Police and Montclair Police Department have been working on ways to keep the students safe (including getting to school safely and safety inside the schools). The first initiative will place officers inside Glenfield School to establish better communication with the students, parents and teachers.  The goal is to increase everyone’s comfort with the police officers and to build relationships within the community.

Academic Leader Gail Clark announced a new series of roundtables that will be rolling out to discuss curriculum, material assessment and resource needs.  The first three topics will be: world languages, the district’s approach to gifted and talented education for accelerated youngsters and the Amistad integration (the Amistad Program is a state mandate to incorporate African-American history into the Social Studies curriculum). Social Studies supervisor Davida Harewood was happy to announce that Montclair is currently meeting the mandate.

Additionally, the curriculum teams continue to work on their units and teachers should have access to all units by Thanksgiving.  Curriculum Coaches will also be put in place to assess what’s working and what’s not as well as for collegial support.  Coaches will report on a quarterly basis.  Three teachers who are helping to write the new curriculums also spoke. Overall, they reported positive experiences with developing the new curricula.  A teacher who is working on the algebra curriculum explained, “It’s a great opportunity for us (all schools) to work together.”  The curriculum writers reported that some teachers have expressed concerns over how to get their students to their new goals and achieve this new level of rigor. Teachers were, however, relieved with having to teach less topics, but with more depth. They also reported that common planning periods have been extremely valuable as has their interaction with Central Office staff.

Question Over Prevalence of Private Tutoring

Board member Mr. Rosenblum raised the question (rhetorically) of how many students are using private tutors, not just to get help in subjects, but to get into advanced classes.  His concern was that access to private tutors may be impacting the Achievement Gap and that this would not be an “equitable education to students.” He suggested that perhaps the new Achievement Gap Committee can look into this. These comments were met with a moderate level of enthusiasm from the crowd.  Board member Mr. Cummings also pointed out that it’s hard to evaluate teachers equally if some students have tutors and others don’t.

Felice Harrison reported on registration and enrollment, stating that the kindergarten has 477 students and that there is normally a surge in enrollment around November. The high school has 2000 students enrolled. The average elementary and middle school class size is 24 students.  The high school will be addressing classes with more than 24 students.  Class size was a concern for a fair number of parents, including several from a kindergarten class at Watchung.  Ms. Harrison cited the error as a glitch in the new database Skyward and said that they were working on moving some students around.  “Class size does matter,” was a common sentiment heard during the public discussion session of the meeting.

Two teachers from Mt. Hebron spoke on behalf of the MEA.  They first expressed their outrage that MEA President Gayl Shepard had been removed from the meeting’s agenda which prompted a standing ovation from MEA members in the audience.  They then spoke of their frustration with too many changes happening too quickly and not having enough time in any day to accomplish all of their new tasks.  They also expressed concern over the cutting of subject matter leaders while class size continues to increase and the new positions posted for Central Office. (Dr. MacCormack proposed reviewing these positions at the next meeting.)  Speaking specifically on the new curriculum, they are unsure of being held accountable to a document that does not exist yet.

One item that seemed to eclipse the whole meeting  – and did end up derailing  the meeting for some time – was the removal of the MEA President Gayl Shepard from the agenda.  Countless attendees spoke of their outrage at this agenda adjustment.  Ms. Shepard was invited up to the podium to speak, but was cut off after her allotted three minutes, which sparked much booing.  A blue handout titled, “A Plea for Democracy” (read it in its entirety here and here) was then distributed around the audience when she sat down.  When a later audience member started to read from this handout during her time at the podium, MEA members and many others in the audience all joined in and read in unison. In the statement, Shepard likens the removal of speaking time from the agenda to having the MEA “sit at the back of the bus.”

Board Vice President Shelly Lombard responded to this dissent and tried to explain the reasoning for this agenda move, but the audience became especially unruly by booing, hissing and walking out.  At one point, an attendee hijacked the microphone at the podium while Lombard was speaking, prompting the Board members to take an impromptu recess so everyone could calm down.

Shelly Lombard did reach out to Barista Kids to clarify her position in last night’s agenda change.  She explained that the reasoning behind that decision was not because the board didn’t want to listen to the MEA, but that the board members are trying to make room for some other voices.  “The MEA has been dominating meetings and we are trying to create an environment where more opinions can be heard.”  Lombard further pointed that the MEA (including Shepard) did speak at the meeting. The change, she says, “is in name only.”

She also clarified her remarks regarding the meeting’s exorbitant time. “I did not make that comment because I’m lazy or didn’t want to be there,” she said.  She feels it is unfair for parents who attend the meetings to address issues with their children (like the Watchung Kindergarten class size) have to sit there for over four hours to get a chance to speak.  Lombard feels it will take some time to evolve the ‘us versus them’ environment at the meetings. She added, “If I was a parent in the community, I would not want to come to these meetings.” She urges parents who do not wish to be a part of these meetings because of the hostile environment to email board members their concerns. 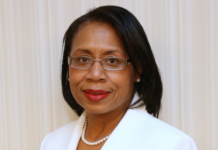