The Montclair Community Pre-K announced today that Mrs. Stephanie Fitzgerald has been appointed as the Executive Director of the Montclair Community Pre-K. Mrs. Fitzgerald brings over 22 years of experience in education leadership ranging from pre-kindergarten through twelfth grade. She began her career as a middle school teacher in Chicago, where she founded and led three different schools, two of which included early childhood programs. Most recently, she served as a program executive director for New Leaders for New Schools – a nationwide non-profit principal training program serving over 500 school leaders annually.

“My husband and I moved to Montclair for its diversity, culture and strong public schools, and have lived here for over seven years with our four young children. Our first introduction to education in Montclair was the Montclair Community Pre-K, and we have been huge fans ever since. I am excited to utilize my professional experience to serve the children and families of Montclair,” Mrs. Fitzgerald said.

Following the departure of long time Executive Director Eve Robinson at the end of June, the Board of Trustees formed a Search Committee to seek a replacement. The Committee, which included Trustees, current and former MCPK parents as well as Township Councilor Robin Schlager, conducted a wide-ranging search for a new leader.

Sean Flynn, Chairman of the Board of Trustees commented, “We are delighted to welcome Stephanie Fitzgerald as our new Executive Director. Stephanie has a long history with MCPK, both as a parent and as a Trustee and she brings tremendous education leadership experience and energy to our program. Our recent accreditation by the National Association for the Education of Young Children (NAEYC) is a reflection of the strength of the MCPK and we are confident that Stephanie will build on the great work that our team has been doing for years.”

Since July 1, Carolyn DeVito has been serving as the Interim Executive Director. Mrs. DeVito, who joined the MCPK at its inception in 1998, has been the Assistant Executive Director since 2003. She will continue in that role as a member of the senior leadership team.

“We are fortunate to have been able to turn to Carolyn DeVito to provide leadership and continuity during our search process. We had a great start to the 2013-2014 school year with Mrs. DeVito’s ever-welcoming presence to our students and their families. She has been instrumental in the success of the MCPK since the doors opened and as a partner to Stephanie, Carolyn will continue to be an important education leader for our school,” noted Mr. Flynn.

“I am excited to be continuing my work at the Montclair Community Pre-K in the role of Assistant Executive Director” Mrs. DeVito added. “Having worked in the field of Early Childhood Education for over 35 years, I am eager to continue doing what I love – directing the day-to-day operations of the school. I look forward to the arrival of Stephanie Fitzgerald as our new Executive Director and to developing a strong administrative team to work alongside our strong committed faculty. I thank the Board of Trustees for their vote of confidence in leading the program in the interim.”

Mrs. Fitzgerald will assume her new post in December 2013. She noted that she is “looking forward to meeting the children and families of our school, working with our excellent teachers and staff and developing strong relationships with our community partners at the Township Council and Board of Education.” 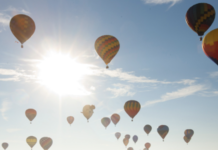 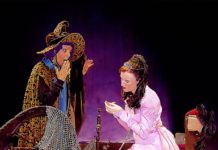 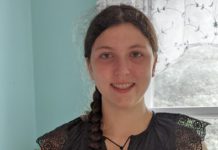