The Montclair Film Festival (MFF), in partnership with Montclair State University’s School of Communication and Media today announced the third annual Behind The Screen: Media Career 101 day of insightful conversations with luminaries from film, TV and journalism on Saturday, November 23 at Montclair State University’s University Hall.  Admission is free to high school and college students, as well as anyone else who is interested in an inside look at the art, craft and finances of creating films and TV shows and what it takes to build a career now and in the future.

Each of the following in-depth conversations will be moderated by an industry professional:

Students are encouraged to R.S.V.P. to the seminars of their choice at www.montclairfilmfest.org.  R.S.V.P’s are not required, but those who do will be given priority for seating, over walk-ins.

“This is our third Behind The Screen and I am very pleased that it has become an annual event,” said event organizer Conrad Fink, President/Director of This is TV and a member of MFF’s Board of Directors. “We were very fortunate for the first two Behind The Screen events to have many really talented, working experts come share insights about career paths with the students. This year, we have another great line up of panelists who will be addressing students’ questions about building media careers, but we’re also working to give the panels a broader scope so anyone who is curious about film, TV, or news can find out how the media work Behind The Screens.”

Montclair State University School of Communication and Media faculty member Susan Skoog, one of the event organizers, added: “We are so thrilled to once again work with MFF to bring this impressive lineup of guests speakers to our campus. It’s so important for students to hear directly from working professionals about what’s needed to build a career in the ever-changing landscape of media in the digital age.  And, they are all very excited at the chance to talk to the Cinematographer and Executive of one of the most popular shows ever, ‘Breaking Bad.’ ”

“The Montclair Film Festival is a tremendous asset for our students and for neighboring communities, ” said Daniel A. Gurskis, Dean of the University’s College of the Arts.  “We appreciate our partnership with this exceptional organization and look forward to continuing joint efforts to expand events and programming.” 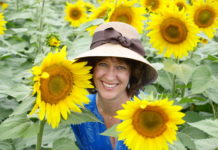 Watchung Booksellers Hosts Storytime in the Green with Laura Sassi 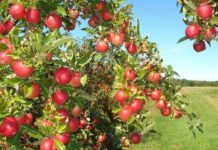 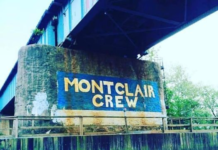