12-02-2013 – On the 200 block of Glenwood Ave., the front door of a residence was determined to be the point of entry for a burglary. The victim reported that a wallet containing $325.00 dollars and a PNC bank ATM card were taken.

12-05-2013 – On Linden Ave. a suspect entered a residence through a window and the homeowner reported that some jewelry and an IPad mini were stolen.

12-6-2013 – On the 300 block of Ampere Parkway a light skinned male suspect broke the store window at 12:12 am by smashing it with a rock. The suspect entered, grabbed multiple articles of clothing and ran south on Ampere Parkway.

12-06-2013 – On Warren St. a window was determined to be the point of entry in a burglary. Some electronics were stolen.

12-05-2013 – On Oak St. a victim reported that an unknown person entered his vehicle and stole ten dollars in currency.

12-07-2013 – On Broad St. a victim reported that she left her purse in the bar area of a local establishment and went to use the restroom. When she returned her purse was gone.

On December 4, 2013 Officers were dispatched to the 100 block of Waldo Ave. on a report of a motor vehicle theft. When Officers arrived and interviewed the 66 year old female victim, she reported not just the motor vehicle theft but a home invasion that preceded the theft. The victim told investigators that she was in her bedroom at approximately 12:30 am when she heard the bedroom door open. When she looked to see who it was, she saw the suspect who she described as being a black male between 20 and 30 years of age. The suspect entered the room and told the victim that he did not want to hurt her and only wanted money. The suspect pushed a blunt object (which she believed to be a gun) against the victim’s back and walked her down to the basement, where he threatened to hurt her if she did not co-operate. The suspect left the victim in the basement as he went upstairs to search the house for valuables. After about 15 minutes the suspect returned to check on the victim and then went back upstairs for another 10 or 15 minutes searching. The suspect returned to the basement one last time and demanded that the victim turn over the keys to her car, to which she complied. The suspect left the residence with the victim’s 2008 Honda minivan and after the victim felt it was safe to come out of the basement, she went to a neighbor’s house to call Police. The suspect also took from the home a Sharp television, a Mac Book computer, a gold ring and a gold bracelet.

Anyone with information on this incident is asked to call Bloomfield Police Department detective Bureau at 973-680-4084.

12-08-2013 – Ravi Patel age 21 of Nutley was arrested by Officer Luca Piscitelli for DWI at 3:18 am on the 200 block of Glenwood Ave. Officer Piscitelli stopped the 2009 Honda that Mr. Patel was driving after he witnessed a traffic violation and after interviewing Mr. Patel, Officer Piscitelli developed probable cause to believe that he was operating the vehicle while impaired and placed him under arrest. Mr. Patel was issued summonses for DWI, failure to observe a traffic signal and DWI within 1000 feet of a school. Mr. Patel was released and given a court date of 12/10/13.

12-05-2013 – Starling Griffin age 59 of East Orange, was arrested by Officer Robert Estelle at 2:47 pm after he was detained by store security in the Stop & Shop, for trying to take $14.00 worth of merchandise. Mr. Sterling was also found to have an active warrant out of the Essex County Sheriff’s Department and $6500.00 in active warrants out of Newark.

12-05-2013 – Tyrone McGill age 28 of Newark was arrested by Officer Daniel Niekrasz for an active $500.00 outstanding warrant in Bloomfield.

12-06-2013 – Jonathan Medina, age 33 of Middletown NY, was arrested by Officer Luca Piscitelli after a traffic stop revealed that he had active warrants out of North Wildwood ($2015.00) and Vineland ($555.00). Mr. Medina was issued summonses for the traffic violations in Bloomfield and given a court date of 12/17/13. He was turned over to North Wildwood Police to post bail for his charges there.

12-07-2013 – Dennis Van Riper, age 42 of Bloomfield, was arrested by Officer Victor Gonzalez after being detained by Stop & Shop security for allegedly attempting to shoplift 4 bags frozen foods. Mr. Van Riper was released on his Bloomfield charges with a court date of 12/19/13 however he was found to have an active warrant out of Newark for $2550.00. Mr. Van Riper was transported to Newark where he was waiting to post bail.

12-07-2013 – Kenneth Grant, age 41 of East Orange, was arrested by Officer Jannor Navarro after being detained by Stop & Shop security, for allegedly attempting to shoplift $105.92 worth of frozen foods. Mr. Grant was also found to have an existing active $1000.00 warrant out of Bloomfield and an active $750.00 warrant out of Parsippany. Mr. Grant was transferred to Essex County Jail where he would be held until he could post bail or make a court appearance.

12-07-2013 – Herbert Bedell, age 60 of Bloomfield, was arrested by Officer Meljunn Pascua for an outstanding $500.00 Bloomfield warrant. Originally Officer Pascua was dispatched to disperse Mr. Bedell from a property on Oakland Ave. until it was discovered that he had the active warrant. Mr. Bedell was transported to the Essex County Jail, where he was being held until he could post the $500.00 bail or appear in court on 12/10/13 to answer for his charges.

12-08-2013 – Anthony Eatman age 27 of Paterson was arrested by Officer Meljunn Pascua for active warrants out of Bloomfield ($350.00) and Paterson ($300.00). Officer Pascua had responded to Llewellyn Ave. on a call of a disturbance when he located Mr. Eatman and determined that he had the existing active warrants. Mr. Eatman was transported to Essex County Jail where he will be held until he can post bail or attend his court appearance on 12/10/13.

In regards to two robberies of a single gas station on Bloomfield Ave. in Bloomfield, reported on 10/8 and 11/2, 2013, Detective Sgt. Michael Sisco Jr. along with Detectives Harry Norris, Louis Vitiello and Robert Miller charged Mr. Robert Echevarria, age 31 from Belleville, on 12/4/13.

After noticing an inter-departmental alert from Belleville Police on an armed robbery of a gas station in their town on 11/27/13, Detective Sisco contacted Belleville and began a multi- jurisdictional investigation that also included Newark PD. The agencies investigated the similarities of the Belleville robbery to the robberies that occurred in Bloomfield and compared them with a suspect and vehicle that Newark PD had stopped and summonsed.

A break in the investigation came when Belleville Police located a vehicle that matched video evidence from the Bloomfield robberies and it was being driven by the eventual arrestee Mr. Echevarria. Mr. Echevarria was arrested by Belleville Police for an outstanding warrant from the Essex County Sheriff’s Department and transported to their HQ’s. While Mr. Echevarria was being detained in Belleville, a team of Detectives from Bloomfield responded and interviewed the arrestee. Once enough information was gathered and probable cause was determined to exist that Mr. Echevarria committed the robberies in Bloomfield, warrants were issued and Mr. Echevarria was charged with: 2 counts of robbery, 2 counts of possession of a weapon and 2 counts of possession of a weapon for an unlawful purpose. The Honorable Judge Vincent Pirone set bail at $250,000.00 and a court date of 12/12/13 is pending for the Bloomfield charges.

Charges were also filed in other jurisdictions. 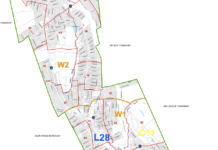 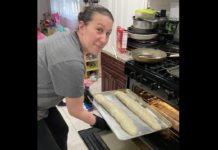