Update by Editor: Some clarification on items are found at the end of this article.

Picking up where he left off at the Board of Education’s February 24 meeting, the board’s Chief Operating Officer, Brian Fleischer, presented a proposed Montclair Schools budget for the 2014-15 school year. He zeroed in on the fund balance, which he had cited as a source of increased funding for teachers’ salaries and other recurring expenses in previous years. He advocated more spending on computers and a greater spending on capital projects to keep school facilities in good shape.

Fleischer noted that the fund balance, after reaching $13.9 million in 2012, is expected to be spent down to $9.3 million, with $2.2 million in excess  calculated by an audit at the end of June 2013 to be added into the  2014-15 as required by the state. The estimated excess at the end of this June is expected to be $265,015, further illuminating the pressure from recurring expenses.

Fleischer cited the importance of leaving enough room by maintaining the 2 percent fund balance in the budget for unforeseen expenditures, based on conservative estimates.

“Even if you somehow manage to incur expenditures beyond what you’ve budgeted in one line,” he said, “you can always transfer in more funds from another one of the lines that you’ve built with the cushion.  Budgeting aggressively, or tightly, in all your line items where costs can’t be predicted precisely, makes our lives harder.” He cited the numerous snowstorms of the winter of 2013-14 as an example, showing how the custodial budget would be broken on snow removal costs without a line item to fall back on elsewhere.

New expenses having an impact on the 2014-15 budget, including salaries, employee benefits, and special education total over $9 million, for a total of $115.7 million in expenditures; even with the $2.2 million excess fund balance, revenues total  $107.7 creating an $8 million gap. Fleischer says he has managed to narrow the gap to $3.9 million without making severe cuts, but such cuts would be necessary to avoid a deficit. That said, he proposed a 4 percent tax increase to keep standing at current levels and be able to add three new world language teachers with the recently announced state aid of $7,122,691 for Montclair.  A 6  percent tax increase was deemed to be to expensive in order to fund added programs, while the 2 percent increase would necessitate more cuts,  the same point Fleischer made a week earlier.

Fleischer also proposed a capital budget of $2.8 million, include $796,000 in state aid, to fund infrastructural improvements and as greater investment — $500,000 — in technology upgrades to the schools. The idea is to provide faster Internet service and make laptops available to students. Add to that the $500k earmarked in a bond ordinance and $200k in the operating budget for technology costs other than salaries, and there would be a $1 million upgrade to classroom technology.

Schools Superintendent Penny MacCormack explained how the $2.8 million capital expenditure figure was set. She said that the district had previously put in $1.5 million, with another 1.3 million in the next year when it became apparent that the township would not be issuing any more bond ordinances. Board member David Deutsch opined that that if tax expenditures remained capped, it would be difficult to maintain an appreciable level of capital spending without having to go to the township, calling it a “balancing act.”

Board member David Cummings noted that continued spending on technology would require more costs going forward, and that technology costs for 2015-16 and beyond should be considered. Dr. MacCormack said that the proposed 4 percent tax increase would allow the flexibility for just such expenditures, but Cummings said that the district would be asking for more money going forward. Fleischer said that at new technology director, who is expected to arrive in late March, should be able to formulate a new plan to expand technological  amenities to gauge what is needed. He did concede that the district would have to discuss with the township how to fund technology in the future.

Many of the residents who gave public comment expressed skepticism with the technology capital budget.

Maia Davis said that the township residents should be engaged in a conversation over whether increased use of computers would benefit the students’ education, and that a greater emphasis ought to be on preparing for the Partnership for Assessment of Readiness for College and Careers (PARCC) testing. Regina Tuma was doubtful that computers could enable learning without a curriculum that offered any context.

Andrew Gideon, meanwhile, pondered the dilemma of a possible 6 percent tax increase designed to help students while pricing their parents out of the township. “That’s a conundrum that really bothers me, but the 6 percent option is an incredible temptation,” he said.  He noted that there are six full-time staffers that could be brought in with that option , as well as additional pre-K funding, but said he was curious as to what happen next year to what Montclair would pay for with an additional 2 percent this year.

“Is that going to cost us more than 2 percent next year?” he asked, noting the 2 percent cap that Montclair would have to meet after the coming year.

Fleischer said that there would certainly be uncertainty going forward, brought about not only by caps but by negotiations with the Montclair Education Association over its contract renewal.

Residents Marcella Simadiris and Michelle Fine, both critics of Dr. MacCormack’s administration, asked pointed questions about business as usual. Simadiris demanded to know if Dr, MacCormack, Fleischer, and Chief Talent Officer were properly credited. Board president Robin Kulwin vouched for the superintendent, and Dr. MacCormack  said that a nationwide search for district officers meant that that many of the hirees had not been accredited in New Jersey before coming to Montclair but applied for and received the proper accreditation.

Fine, meanwhile, continued to demand more information on the tests being administered, lamented that the local private schools were attracting prospective students who otherwise would be in the Montclair school district, and suggested a participatory budget process involving both community members and school board members rather than a budget handed down from the district office.

The budget is to be tentatively adopted at another meeting on Thursday, March 6.

UPDATE: An issue of concern was brought up at the meeting with regard to a line item titled “Salaries – Instructional Aides,” which shows a 63 percent decrease in funds for the 2014 – 2015 budget, making some believe that 63% of academic support paraprofessionals would be cut.

Superintendent of Schools Dr. MacCormack tells Barista Kids, “We’re not cutting or reducing our contracted paraprofessionals. We are not firing anybody.”

“Our 221 paraprofessionals contracted with us are not in jeopardy,” she said.

In addition she explained that the line showing the 63 percent decrease had been over budgeted the previous year, because they hadn’t finalized the contract yet so they were estimating how much money to put in there depending on the contract increase. Also the reinstated health benefits for aides made slight salary adjustments, adding to the decrease. 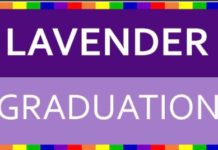