Indigenous, an American blues-rock group that came to prominence in the late 1990s, will perform at Outpost in the Burbs on Friday, June 13 at 8 pm and Baristanet has a pair of tickets to give away to one lucky reader!

Indigenous’s music is heavily influenced by guitarist Stevie Ray Vaughan, as well as Jimi Hendrix and Carlos Santana. The style and skill of Mato Nanji,the longtime front man of Indigenous, has drawn comparisons to each of these guitarists.

Opener Danielia Cotton, a native of Hopewell, New Jersey, knows a lot about survival, and it shows on “The Gun In Your Hand,” her third album. During the time between this album and the critically lauded “Rare Child” (released in 2008), the singer endured devastating and life-changing loss — the kind that makes you question the universe, your sanity and your choices, not to mention whether you have the strength and will to go on – when she lost the twins she’d conceived through in-vitro fertilization five months into her pregnancy.

Recorded with producer Kevin Salem, “The Gun In Your Hand” may have been born of trying times, but it has the bracing, life-affirming feel of opening all the windows on a house that’s been boarded up and letting the spring air work its healing magic.

“The Gun In Your Hand” showcases Cotton’s riveting voice, naturally stunning and heartfelt whether she’s delivering bombastic rock or tender gospel; whether she’s raising hell with a howl or giving Billie Holiday a run for her money with there goose bump-inducing cover of “Strange Fruit.”  It’s not,as Cotton laughingly describes, an “incense burner”  – an album made for background ambiance.

Want to see Indigenous with Opener Danielia Cotton on Friday night? Tell us your favorite guitarist in comments by tomorrow, Thursday, June 12 at 11 am EST and we’ll randomly choose a winner to see the show this Friday, June 13 at 8 pm at Outpost in The Burbs. 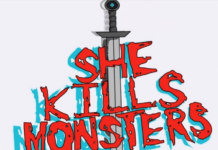 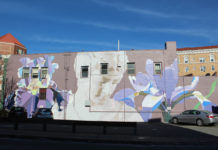 Go Take A Selfie! Montclair Murals Are Officially Complete and Ready for Photos 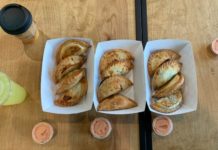 more from Anyone Can Dance - 17 hours ago

more from Ekam Yogashala - 22 hours ago