Monday’s Montclair Board of Education meeting was the first to be broadcast live on Fios Channel 33 — and with a new school year under way, there were many new things to report.

Superintendent Penny MacCormack kicked off the meeting held in the Montclair High School Auditorium remarking on what she called a successful September and thanking all those involved with the opening of the 2014-2015 school year. Breakfast for the first time is being served at all schools in the district, she said, and 94 percent of families received one of their top three magnet school choices, while 80 percent received their first choice.

Parents of K-5 students will see new report cards this school year and can say bienvenido to the return of language arts instruction. High schoolers returned from summer break to find renovated/remodeled bathrooms and cafeterias, the latter designed with small round tables more conducive to group discussions, a lounge area and charging stations. The teens will soon be surfing the new high school website, which officially launches on Friday, September 26.

MacCormack continued her series of 2013-2014 progress reports on the school district’s Strategic Plan, concentrating this month on the seventh goal which focuses on numerous strategies to improve Montclair High School.

In addition to the renovations to the cafeteria and bathrooms, way finding signs will be installed in the hallways later this fall, she said. Other facility needs identified in surveys and focus groups conducted last school year will be embedded in the district’s long-range facilities plan to be presented in the coming months.

Projectors, whiteboards, and computer carts carrying 600 new Chromebooks were purchased over the summer and are now up and running, MacCormack said. WIFI was also improved and teachers were trained on the new technology. Additional technology needs will be included in the district’s technology plan to be presented in October.

Director of Technology Barry Haines will continue to work on the district’s technology plan and look to form partnerships with Montclair State University, local businesses, community and religious organizations and other possible sources of digital and wireless resources.

In order to better support the principal at the high school, Content Area Supervisors began spending half of their time at MHS in 2013-14. CAOs and Content Leads are also now part of the MHS Leadership Team.

During 2014-15, MacCormack and Montclair High School Principal James Earle are exploring three areas: creating a counseling/tutoring center, developing a rigorous/consistent in-school suspension program with an instructor who can work with students and adding a dean to support social/emotional/academic needs.

Survey Says … Or Does It?

Following Superintendent MacCormack’s progress report on the Strategic Plan, Board Member David Cummings asked whether the district is relying too heavily on surveys.

“Is there a certain number of participants you would consider to make a survey valid?” Cummings asked.

The New Jersey Department of Education sets the bar at a 25% response rate, MacCormack said, adding that’s a good standard for the district to use but that she would like to reach out to Montclair State University for feedback.

Cummings followed up by asking about the demographics of respondents.

MacCormack said demographic information could be collected by adding questions to future surveys. “If we decide to do that, we want to communicate well why we’re doing that,” she added.

Board Member Jessica de Koninck asked for clarification on an article which recently appeared in The Montclair Times concerning bus safety.

Rigorous standards could lead an inspection to fail for a ripped seat cushion or broken light bulb, Fleischer said.

But there’s no cause for alarm, he said.

“If a bus is dangerous it is removed from service and cannot be used for our students,” he said. “Everything has passed every safety measure before starting the school year.”

District parent Laurie Orosz spoke out against education reforms. “Who is to say what is college and career ready?” she asked. Orosz said schools in New Jersey are among the top in the nation, and Montclair has always ranked well. “Why are we intentionally destroying what worked?”

Lynn Fedele, mother of two sons in the high school, asked about the district policy on overcrowding. Fedele said both of her sons have repeatedly experienced classes with more than 25 or 30 students, which she called “highly problematic.” She said her sons have been denied classes and have not received textbooks because of overcrowding issues. “Class size needs to be added as an objective in addition to everything else that is being addressed,” she said.

Regina Tuma of Montclair Cares About Schools commented on the issue of transparency, specifically when it comes to budget reports shared with the public. Tuma called the reports vague and unclear. “As a parent looking at these categories. I have questions,” she said. “Will we get to see the vendors, where this money is going, the names of the tech companies?”

Kelly McDonald, a parent of three students, asked the board to look into the issue of student data and privacy in light of the district using Google Apps. What data is being collected? What data is being shared? “I would like to ask us as a district to investigate this,” McDonald said.

Climate and high expectations will be discussed at next regular public meeting of the Montclair Board of Education scheduled for Monday, Oct. 6, at 6:30 p.m. The meeting will be held in the Auditorium of Montclair High School, 100 Chestnut Street. 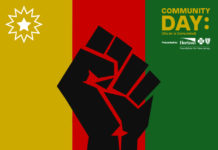