This week in Montclair crime from D/LT. David O’Dowd:

On 09/05/2014 at 1908Hrs, Officers patrolling the area of Bloomfield Avenue and Seymour Street observed a subject known to have an outstanding warrant. Mr. David Blakely (24yoa from Montclair) was placed under arrest on this open warrant out of Montclair and later released on his own recognizance.

On 09/04/2014 at 1717Hrs, Officers observed a subject in the area of Bloomfield Avenue and New Street, who was known to have open warrants. This subject, Mr. Fard Murray (31yoa from Montclair) fled on foot from the approaching Officers. After a short foot chase, Mr. Murray was arrested on Bloomfield Avenue. During this arrest, Mr. Murray physically resisted the Officers as they were attempting to apply handcuffs. Mr. Murray was also found to be in possession of marijuana. He was charged with Resisting Arrest and Possession of Marijuana/Paraphernalia. He is also being held on open warrants out of Newark totaling $5000.

On 09/02/2014 at 1648Hrs, Officers observed a subject in the area of Pine Street and Glenridge Avenue who was known to have an open warrant. Mr. Richard Chinn Jr. (24yoa from Montclair) was placed under arrest and held on a $400 warrant out of Glen Ridge.

On 09/02/2014 at 1315Hrs, a resident on North Willow Street observed two juveniles had taken a package, which had just been delivered, off a front porch. This package contained four Cannon ink cartridges valued at $300. The two juveniles were described as black males, approximately 10yoa, with short hair. Anyone with information, please contact our Juvenile Aid Bureau at 973-509-4751.

On 09/07/2014 at 1854Hrs, Officers were dispatched to 25 Park Street, The YMCA, on a report of a bicycle theft. The victim stated that he had left his black GT brand bicycle in the North Fullerton parking deck. This bicycle was taken between 1730Hrs and 1850Hrs.
Anyone with information, please contact our Juvenile Aid Bureau at 973-509-4751.

On 09/06/2014 at 0005Hrs, Officers were dispatched to Gordonhurst Avenue near Valley Road, on a report of vandalism. The victim stated that sometime during that night, his PVC fence had been knocked over. 18 fence posts were damaged in this incident. Anyone with information, please contact our Juvenile Aid Bureau at 973-509-4751.

On 09/05/2014 at 1300Hrs, a William Street resident received a telephone call from a person claiming to be “Julius from PSE&G”. This caller stated that if he did not provide immediate payment, his power would be shut off. “Julius” directed the victim to purchase $990 in GreenDot prepaid cards and furnish him with the redemption information. The victim then called the suspect back at a 1-800 number and provided him with the redemption information, later realizing it was a fraud.

On 09/06/2014 at 1957Hrs, Officers responded to a car fire at Valley Road on Chestnut Street. The vehicle operator was driving on Valley road when they smelled burning at which time they pulled over and exited the vehicle. When MPD arrived there was smoke and flames coming from under the hood. MPD attempted to extinguish the blaze with their fire extinguishers. MFD responded and ensured that the fire was extinguished. MFD is determining the cause of the fire. No injuries were reported in this incident. 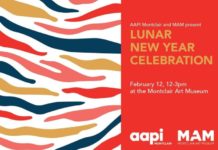