Children at St. Joseph’s Children’s Hospital got a healthy dose of entertainment last Tuesday when Montclair sisters, Coco (age 15) and Colette (age 12) Dollon took over the Giggles Theater as singing duo “Princess Good Vibes.” The performance was a whirlwind of entertainment and positive energy as the girls belted out favorites like, “Do You Wanna Build a Snowman?” “Part of Your World” and “When My Life Begins.” They even had several princess costume changes. “I had to keep reminding myself not to get nervous,” Colette said. “We were there to make the kids happy.”

The girls performed live in the Giggles Theater for a handful of kids and their families while the other patients enjoyed the show through a closed-circuit TV in their rooms. One four year old even phoned in after the performance to request Frozen’s “Let it Go,” which they all then sang together. Coco said, “It felt like we were accomplishing something, really giving back and making the kids smile.”

The sisters, who have been performing for years (they’ve even been on Saturday Night Live and Celebrity Ghost Stories), were inspired by experiences they had in a travelling troupe at their elementary school. They decided to do something similar on their own and reached out to a friend of their father’s to help them set up this show.

If the Dollon sisters were the princesses that afternoon, though, the fairy god mother was Marie Caliendo. Otherwise known as the executive director of Giggles, Caliendo explained that Giggles is a project of Medical Missions for Children, a non-profit working to improve the medical outcomes of children in underserved communities in the United States and around the world. The goal of Giggles (which is housed in St. Joe’s) is to use live performances and the arts to engage and educate kids while they’re in the hospital. “Kind of like the USO,” Caliendo explained. “We’re trying to keep the kids’ spirits up.” There’s also a second Giggles Theater at the NIH.

Giggles, which turns ten early next year, produces two live shows a week and over ninety shows a year. And before every one, Caliendo visits each patient to let them know about the performance. If a child is well enough and their doctor signs off, she invites them to the theater. Otherwise, she shows them how to view the performance on their TV and invites them to get involved by calling in. “We’re not in the business of making kids feel bad,” she explained. “We want everyone to be able to participate.”

Other shows have included From Dairy to Door with a farm academy in California (made possible with their partner Polycom’s video conferencing equipment), local Boy Scouts who made xylophones and printed up songbooks for the children to take home and Girl Scouts who taught the kids how to make flower pens. Kids in their rooms followed along by watching the TV and made pens right in their beds. On occasion, Caliendo will lead a story time or craft project. “The performers come with such a wonderful spirit of giving,” Caliendo remarked.  “And when the patients get involved – like the little girl who phoned in to request the Frozen song – everyone feels great.” She added, “Coco and Colette really hit the sweet spot in terms of entertainment. Their show was very clever.”

As for the Dollon sisters, they agreed that the performance was a success. And they loved performing together – so much, in fact, that they are actively seeking out other children’s hospitals where they can spread their ‘good vibes.’

Giggles is always looking for performers and donations. To get involved, visit online here or call (973) 754-4960. 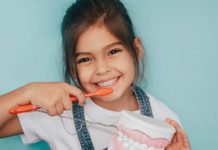 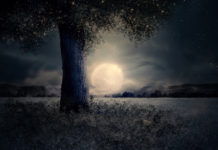 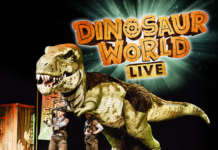