On 10-31-2014 at 2140Hrs, three juvenile females who were trick-or-treating in the area of Chestnut Street and North Fullerton Avenue reported that they were to victims of a strong-arm robbery. They explained that four or five juvenile males approached them and demanded that they empty their pockets. One of the suspects gestured that he was in possession of a firearm. Another suspect placed one of the victims in a headlock while searching her pockets. Taken in this incident was an iPhone 5c. The suspects are described as juvenile black males in hooded sweatshirts and jeans. On 11-20-2014, our Juvenile Aid Bureau charged four 16yoa juveniles from West Orange and East Orange with this robbery.

On 11-22-2014 at 2018Hrs, Officers were dispatched to CVS Pharmacy (514 Bloomfield Avenue) on a report of a shoplifting in progress. Ms. Almuhadil Younger (29yoa from East Orange) and a 17yoa Newark female were found in possession of 22 hygiene items, totaling $173.81. They had concealed these items in two larger handbags. Both subjects were charged with shoplifting.

On 11-22-2014 at 2237Hrs, Officers were dispatched to a motor vehicle accident at Park Street and Claremont Avenue, with one driver attempting to leave the scene. Officer located this vehicle, an Infinity QX56 with heavy rear-end damage and two blown out tires, on Portland Place. It was determined that this vehicle had been involved in a collision at Claremont Avenue and was then driven to Portland Place. The driver, Jonothan Foreman (27yoa from Brooklyn) was observed to possibly be under the influence of alcohol. After administering field sobriety testing, Officers placed Mr. Foreman under arrest for DWI. He was also issued summonses for leaving the scene of an accident and careless driving. The other vehicle in this accident suffered heavy damage, but there were no injuries.

On 11-19-2014 at 1521Hrs, a Lincoln Street resident reported that he was the victim of a strong-arm robbery. The 16yoa victim explained that he was walking on Lincoln Street and Willowdale Avenue, when approached by two juvenile males. One of these suspects asked the victim for the use of his cellular telephone. When the victim handed over the phone, this suspect ran away with it, north on Willowdale Avenue. The other suspect held the victim, to prevent him from pursuing the suspect with the stolen phone. Taken in this incident was a black iPhone 4. The suspects are described as: Actor#1 Black male, approx. 18yoa, medium build, 5’10” in height, short hair, wearing a hooded sweatshirt. Actor#2 Black male, approx., 18yoa, thin build, short hair, wearing a dark hooded sweatshirt. Anyone with information is asked to contact our Juvenile Aid Bureau 973-509-4751.

On 11-22-2014, Officers took a report of an attempted burglary to a Valley Way residence. Between 1820Hrs and 2130Hrs, someone had removed multiple window screens from the residence. It did not appear that entry was gained in this incident. Anyone with information is asked to contact Detective T. Turner at 973-509-4724.

On 11-21-2014, a Summit Avenue resident reported that unknown persons had thrown eggs at his house. The thrown eggs caused damage to a window shutter on the home. Anyone with information is asked to contact our Juvenile Aid Bureau at 973-509-4751.

On 11-23-2014, a Christopher Street resident reported that unknown persons had thrown eggs at her house. The thrown eggs were stuck to the roof and windows of the home. Anyone with information is asked to contact our Juvenile Aid Bureau at 973-509-4751.

On 11-23-2014 a bicycle was located abandoned in Brookdale Park, just off the end of Gordonhurst Avenue. The bicycle is described as a blue Todang DB Mountain Bike. This bicycle was not registered with the township. Anyone with information is asked to contact our Juvenile Aid Bureau at 973-509-4751. 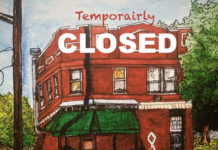